Syrian refugees living in the Netherlands are fearing that a new report about the situation in Syria could lead to them being deported, despite concerns for their safety reports Zaman Al Wasl. 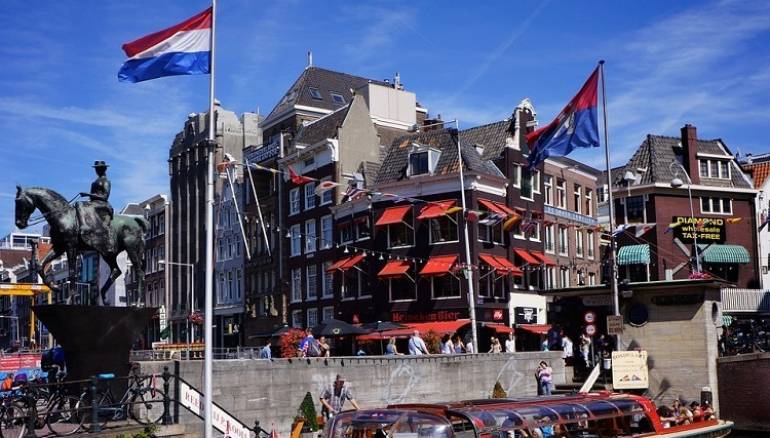 A recent study by the Social Planning Office showed that about half of the Syrian refugees in the Netherlands, who came between 2014 and 2016, prefer the permanent stability of the country.

The study mentioned that about 6,000 Syrian refugees will be eligable for Dutch nationality this year, if they wish to obtain it, after satisfying the required legal conditions.

According to Syrian websites in the Netherlands, the Dutch Foreign Minister Mark Harbers is willing, in June, to re-discuss and assess the security situation in Syria.

The Minister said that there are two options: if the report says that Syria is safe it means that the Syrians will not receive an extension of their residency and if the report says it is not safe they will have the right to reside in the Netherlands.

Recent speeches by Harbers on the security situation in Syria have raised concerns and fears among the Syrian refugees in the Netherlands, especially after the decision of the Immigration Department in neighboring in Denmark in February that considered a number of areas in Syria safe, not taking into account Syrian refugees whose personal safety is threatened by the Syrian authorities.

Sumar Chaaban, who has been living in the Netherlands for 30 years, said the re-evaluation of the current security situation in Syria and the prospects of its results comes in the context of the political messages accompanying the recent European Parliament elections.

Chaaban is currently posting his opinions of Syrian affairs in the Netherland on his Facebook page.

The file of refugees is considered one of the most sensitive files in all European countries, especially with all loud cries from right-wing parties.

He pointed out that Denmark is not the only country to follow such a policy and that other European countries might soon follow. In the Netherlands, the Justice Minister announced that he would wait for the Foreign Ministry report before deciding what would happen to Syrians.

Chaaban brushed away the idea that any discussion about the security situation in Syria will have negative impact on refugees, because any executive step to end their residencies and begin forced deportations will face opposition from a large part of the Dutch people.

“The Netherlands has invested hundreds of millions of the Dutch taxpayers money to settle the Syrians” he said.

“There are about 6,000 Syrian refugees who are entitled to Dutch citizenship in 2019 if they apply” he said.

Chaaban strongly believes that the Syrians in the Netherlands have to reassess their professional experience, their view of their job opportunities and seek professional qualifications, through which they can improve their Dutch language skills, achieve financial independence and dispense with government assistance, if they want to survive and maintain permanent stability in the Netherlands.