The European Front for Solidarity with Syria, denounced the attacks in Hama, Lattakia and Aleppo and the international silence reports SANA. 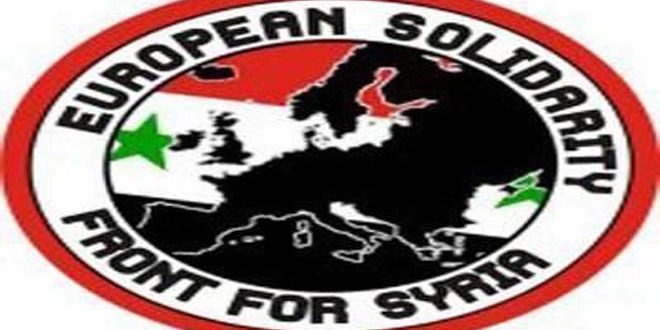 The European Front for Solidarity with Syria in Spain condemned the recent terrorist attacks targeting a number of areas in Aleppo, Hama, Lattakia and near the Hemeimeem base.

The Front confirmed, in a statement on Sunday, that such attacks are backed by the Israeli occupation entity.

It said that these attacks come after the defeats suffered by terrorist organizations at the hands of the Syrian Arab Army.

The statement criticized the media blackout, practiced by many Western countries, of the reality of what is happening in Syria, condemning the Western media’s continued lies and distorted facts regarding the reality of events after more than eight years of war in Syria.

The Front also condemned the international silence on the terrorist attacks and the frequent Israeli aggressions against Syria, which are a flagrant violation of all international laws and UN resolutions.

It expressed solidarity with the Syrian people, government, army and leadership in response to the international terrorism which is backed by the United States, NATO and the Israeli entity.