It is thought that terrorist groups are planning to attack military positions in Hama and Lattakia and have called up a large number of reinforcements for this purpose reports SANA. 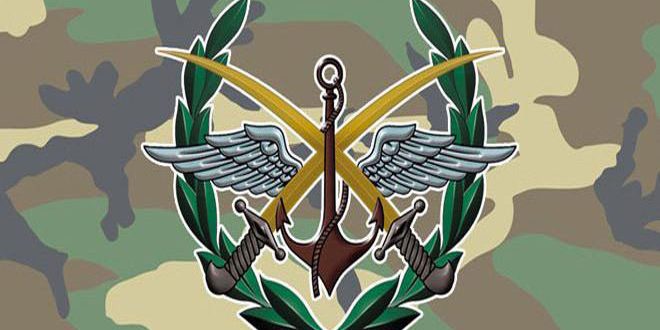 A military source announced that the terrorist organizations positioned in Idleb province and its surrounding areas are preparing to launch attacks on safe areas and army positions in the countryside of Hama and Lattakia.

A military source said in a statement to SANA that: “Armed terrorist groups positioned in Idleb province and its surroundings are seeking to transport more arms and to mobilize large numbers of terrorists to start an attack on Hama and Lattakia.”

The source added that these terrorist groups, “had brought a large number reinforcements to the area of Mourek in Hama’s northern countryside, to target Syrian Arab Army positions and civilian areas in the surrounding areas, as part of their plans to implement foreign agendas, which target the safety of all the Syrians.”

The source added that, “All the movements of terrorists are tracked moment by moment,” indicating that their recent movements, “affirm that they are about to escalate their hostile acts, which will be the beginning of their inevitable and near end.”