Syrian denial of Russian Iranian conflicts, Syrian delegation visits Crimea, civilians killed in Idleb, ISIS attacks in Homs and Iranian control over Aleppo airport. Catch up on everything that happened over the weekend. 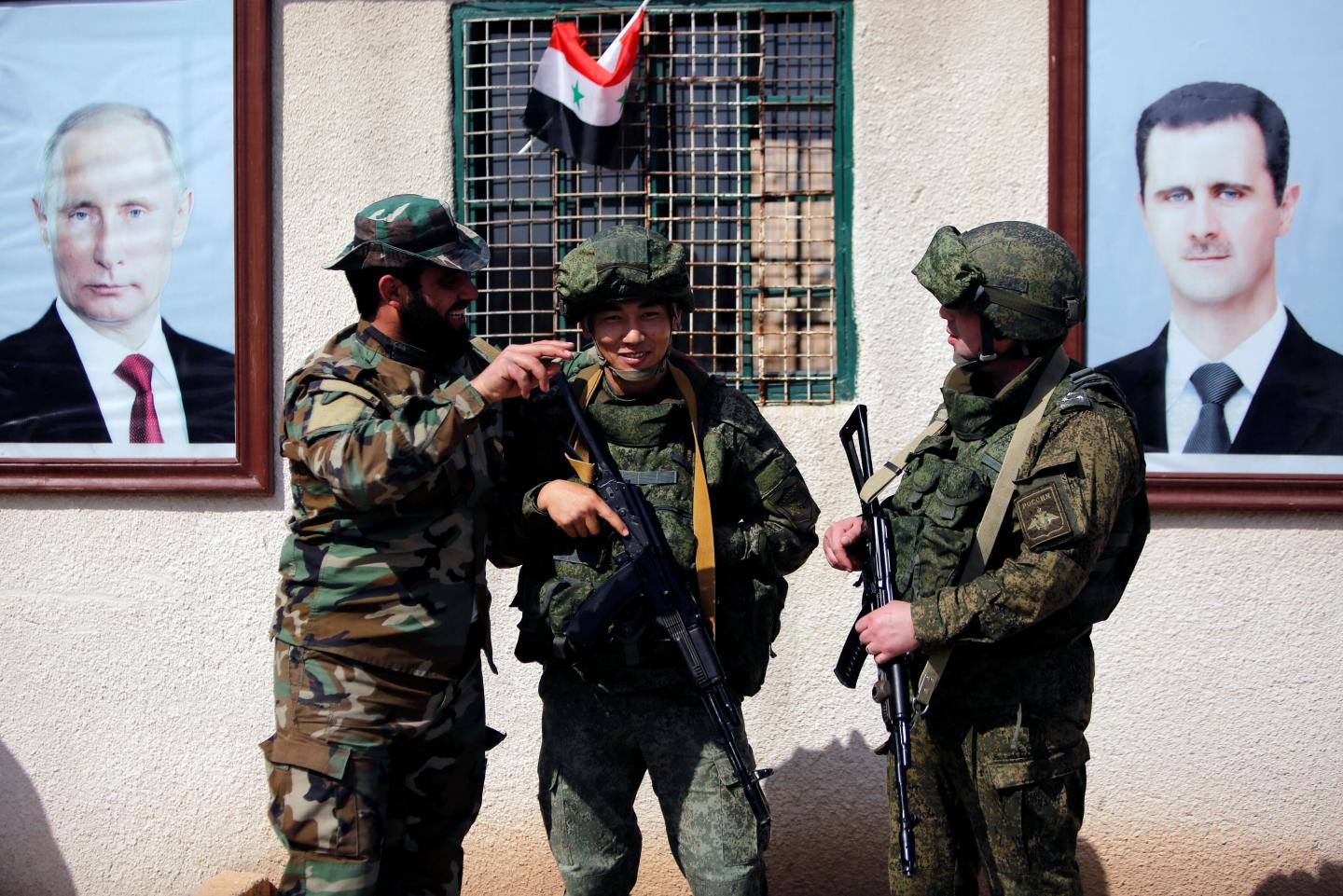 1. The Syrian government has “categorically” denied media reports about clashes erupting between Russian and Iranian troops in Deir ez-Zor and Aleppo, SANA reported. A military source announced that: “the General Command of the army and armed forces categorically refutes reports circulated on websites and in newspapers and it asserts that the news is baseless and untrue”. The army command called upon the media to seek accuracy and be responsible when broadcasting news and not to publish any field military news unless it is issued by a military source.”

2. Foreign Minister Walid al-Muallem affirmed that there is continuous coordination between Syria and Iran. “Syria continuously coordinates with the Islamic Republic of Iran,” Muallem told Iranian Tasnim news agency, adding that the visit of Minister Zarif to Damascus, “came at the proper time to discuss issues on boosting bilateral relations.” On the latest US measure that classified the Iranian Revolutionary Guard as a terrorist organizations, Muallem said that President Trump knows nothing about law, geography or the situation in the region and he adopts resolutions in the interest of “Israel.”

3. President of Crimea, Sergey Aksyonov, discussed with the Syrian delegation to the economic conference in Yalta, headed by the Minister of Economy and Foreign Trade, Mohammad Samer al-Khalil, the economic cooperation between the two sides. Ksyonov, The Syria Times reported, pointed out during the meeting that action groups were formed in different economic spheres as a joint trade house was registered, adding that the next step would be the foundation of a maritime company. In a statement issued at the conclusion of the talks, the Crimean and Syrian sides stressed their common interests and desire for the effective development of relations in all fields. They stressed the importance of trade and economic cooperation through the agreement between the Crimean Cabinet and the Syrian Ministry of Economy and Foreign Trade.

4. On Thursday, regime shelling killed seven civilians in Syria’s jihadist-controlled Idleb region, in the latest violence to threaten a seven-month-old truce, a war monitor said. Rockets targeted a village and an adjacent camp for the internally displaced in Idleb’s southeastern countryside, according to the Syrian Observatory for Human Rights. Two women and three children were among the seven civilians killed, the monitor said. Another 30 people were wounded.

5. Islamic State (ISIS) jihadists have killed 35 pro-Damascus fighters in Syria, in what a monitoring group described on Saturday as their deadliest operation since the fall of the “caliphate”. According to Al-Araby Al-Jadeed, four senior Syrian army officers were among the troops and allied militiamen killed in the desert east of Homs province over the past 48 hours. The propaganda arm of ISIS, Amaq, which lost the last vestige of its “caliphate” to Kurdish-led forces last month but retains desert and mountain hideouts in both Syria and Iraq, said its fighters carried out the operation. Another eight soldiers and militiamen, including two officers, were killed in a separate attack in neighboring Deir ez-Zor province on Thursday night, the Observatory said.

6. A well-informed source told Zaman Al Wasl that Aleppo International Airport is under the full control of the Iranian Islamic Revolutionary Guard Corps (IRGC) led by Qasim Soleimani, the de-facto commander the Shiite militias in Syria. Soleimani has appeared more than once at the heavily-guarded airport flying via the giant cargo plane (An-124 Ruslan). Iran also uses Ilyushin Il-76 and Lockheed C-130 military transport aircrafts at Aleppo airport. The airport was evacuated of any military and civilians presence, in order for it to operate as an Iranian stronghold and depot for arms shipments, according to the source.