The Assad regime has claimed that the area where the houses are located is owned by Hama University and that the land is needed to build university facilities writes Smart News. 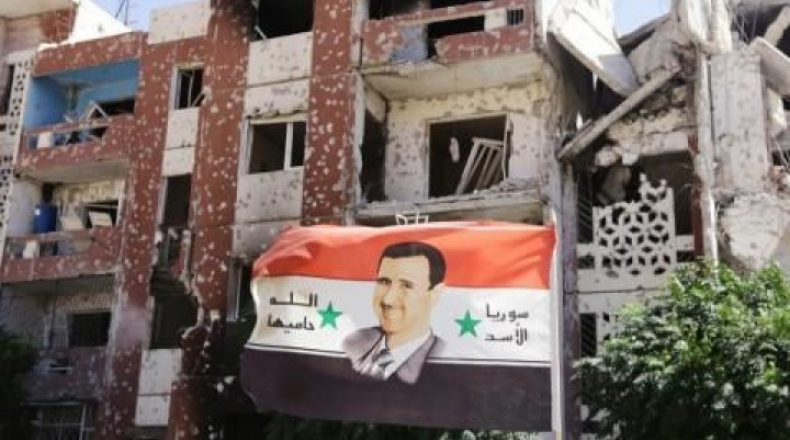 The Assad regime’s government is preparing to displace hundreds of families living in Hama city after giving these families a deadline of one week to leave their homes, which will be demolished because the area is the property of Hama University.

Local sources told Smart that the Hama provincial council had warned residents of the al-Samak and Meshaa al-Teyar districts in the city that they needed to leave their homes within a week, in accordance with a warning issued by the Ministry of Local Administration in the regime government.

The sources added that Hama’s council told residents that they had been threatened with eviction by the regime government for two months, but that there had not been an official decision issued until now. They said that their houses are located on property owned by Hama University, according to Decision 3513 for the year 2004.

According to the sources, there are about a thousand families living in the two district who have been there for decades and are now facing homelessness because of the evacuation order. They said that most of the residents of the two districts are poor and depend on free labor such as construction and selling items from carts.

Over the last few years the regime government has demolished a number of residential neighborhoods in Hama city on the pretext of violations, most prominently Meshaa al-Niqarna and Meshaa al-Arbaeen, which displaced tens of thousands of civilians without any compensation.

The Assad regime is following a new policy, which aims to take control of the property of opposition members by imposing so-called organizational plans on some cities under the pretext of reconstruction. There was also the issuance of Law No. 10 in April 2017, which stipulated that organizational zones could be established within the organizational plans, which Syrian legal experts say aims to expropriate the property of displaced people who are unable to return to their areas, which are now under regime control. People were particularly suspicious of this decree, given that it coincided with the regime and Russia imposing “expulsion” agreements on eastern Ghouta and the southern districts of Damascus.