The sight of homeless children in Syria has become common, and there are very few services that have the capabilities to provide shelter and care writes Baladi News. 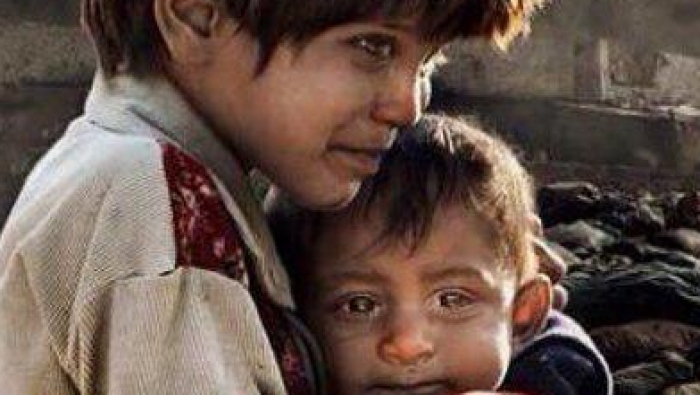 In Idleb and liberated areas in general the phenomenon of homeless children has increased, and become a burden on Syrian society. It is not by chance that the issue of homelessness has become a popular subject of discussion among people.

Idleb is not the only place to have witnessed this phenomenon. All Syrian areas, including those under the control of the Assad regime, are experiencing this situation. Previously, social media sites were abuzz with scenes of the “al-shoulah” girl in the streets of Damascus.

Khaloud, a nanny, says: “Unfortunately we’re finding children who have lost their families and become professional beggars, selling biscuits, gum, or other simple items to earn a living. This phenomenon has become more widespread and is drawing our attention and alarm.”

She adds: “It doesn’t seem that there is any solution on the horizon. One of the main reasons for the spread of this phenomenon is that the regime’s rotten prisons have taken away the families of these children, or they have been killed by the war.”

There are no precise statistics for the number of homeless children—only what activists have documented with their cameras or people have seen with their own eyes.

According to a specialist in political science, Professor Amal Khalifa, from Idleb, the main reasons for the spread of this phenomenon include the war and divorce, as well as the poverty which has deprived them of education and forced them to hang around in the streets asking for money.”

Timid voices have recently appeared, calling for children to be cared for, but they have not reached the necessary levels.

Women from the Women’s Empowerment Center in Idleb have called for exact statistics of this phenomenon to be collected, in order to find means of dealing with it, such as opening special centers for orphan children whom no one is caring for, to rehabilitate them and to care for them and secure their education in centers.