The arrest of journalist Mohamed Hershou has caused anger among colleges and members of parliament, who see it as an attack on the freedom of the press reports Al-Modon. 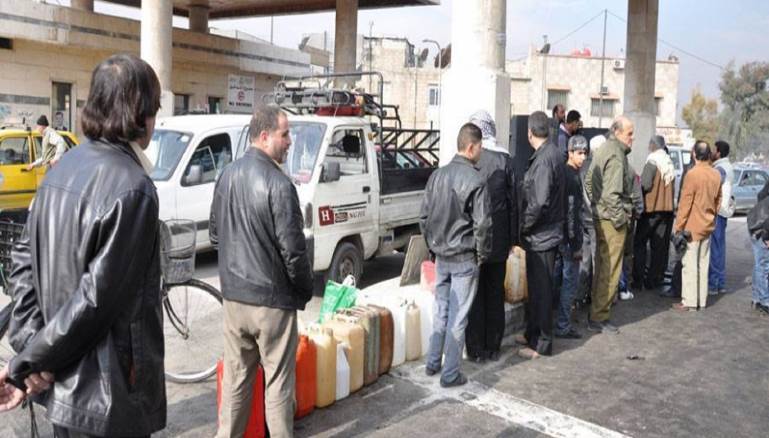 The Syrian regime’s security agencies arrested the director of loyalist Hashtag Syria and the Al-Ayyam newspaper, Mohamed Hershou, months after a similar incident when the director of Damascus Now, Wissam al-Teir was arrested in mysterious circumstances.

On Wednesday, Hershou was arrested in Damascus after publishing news about the government’s intention to raise gas prices, amid a severe crisis in the country. This led to a verbal attack by the regime’s Oil Ministry on Hashtag Syria, which accused the site of causing the heavy traffic that occurred at gas stations because of the publication of “false” news.

The report quoted sources as saying that, “the government is preparing to issue a decree to lift gasoline subsidies to half of what they are currently. According to the new decree, the price of a tank of gas will double—that is, from 4,500 Syrian pounds to 9,000, which is in line with global prices.”

The site confirmed in a statement that Hershou had been arrested, saying that a few days ago, there was a “rare” meeting between Prime Minister Imad Khamis and editors and representatives of pro-regime media, with the media focusing on, “exchanging views with full transparency about how the government and private media cooperate, without highhandedness from the former or acting falsely from the latter.”

The site added that four days after this meeting, which was described as “important and encouraging,” Assad’s intelligence agencies from the Electronic Crimes branch arrested Hershou. It said that the arrest tested the words spoken by the Prime Minister at the meeting. The site said that Khamis had avoided Hershou at the time, saying that the Minister for Oil should respond to the gas news and clarify the facts. It said: “A minister who runs from the press and the opportunity to clarify facts does not deserve to be in office.”

The site said that what they were interested in was confirming the veracity of the news that was published, based on information provided by sources which they described as “informed and accurate.” They said that reducing the subject in this manner and making accusations of the site was devoid of truth or logic and would not convince even children, as they put it. They added that the Oil Ministry had tried to push them to withdraw the news, and that Hashtag Syria had asked the Ministry to send a response denying it, but they declined.

On Thursday afternoon this position changed, when the site issued a brief statement on its Facebook page, saying: “Through communication with concerned individuals, we are able to clarify to Hashtag Syria readers, that the issue is being considered and that no decision has been taken, as the Prime Minister clarified during his meeting with journalists. We apologize to Hashtag Syria readers if this issue was understood incorrectly.”

Pro-regime journalists and members of parliament also declared their “solidarity” with Hershou openly, something which wasn’t witnessed at all in Wissam al-Teir’s case. Some of them said that the incident was a “blatant violation of press freedom and freedom of expression, as guaranteed by the Syrian constitution for journalists.”