Despite the area being classified as a de-escalation zone, attacks by the regime and their militias have continued, resulting in the death of dozens of civilians reports Alsouria Net. 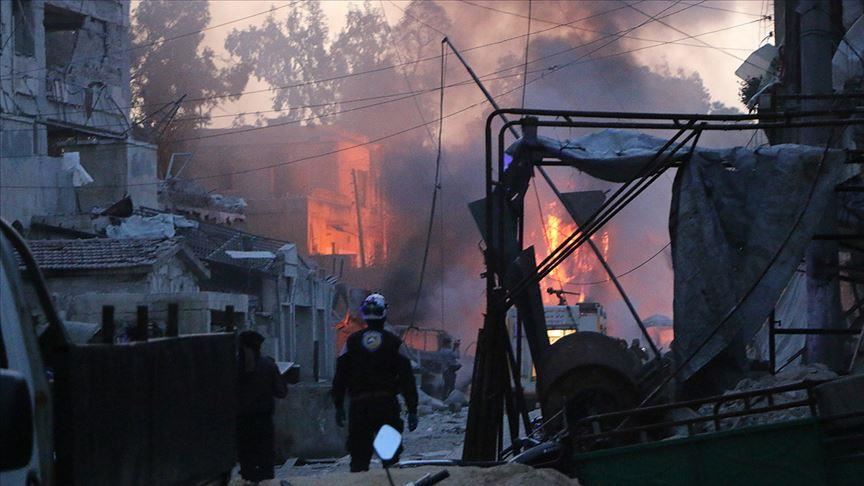 The number of civilian fatalities from attacks by the Assad regime and its terrorist militias on de-escalation zones in the Idleb province has risen to 11, and wounded 40 more.

The Syrian Civil Defense, the White Helmets, and the Anadolu agency reported that regime forces and Iranian-backed militias attacked the towns of Maarat al-Nouman, Saraqeb, and Kafrenbel in Idleb with rockets, as well as the villages of Maarat Hroma, Tell Mannas and al-Nayrab.

The sources said that regime forces and their backers also attacked the town of Kafr Zeita in Hama province and the towns of al-Huwayz, al-Hawijah, al-Shreea, and Qalaat al-Madiq in the al-Ghab plains.

According to the White Helmets, at least seven civilians were killed in a regime attack that struck the village of al-Nayrab, south of Idleb, and another in the village of al-Khawin, while more than 24 others were wounded.

Three civilians were killed and 16 wounded in an attack by the regime and its backers on the town of Saraqeb on Sunday.

Attacks by the regime and its Russian and terrorist backers on the de-escalation zones in Idleb killed 135 civilians in March.

Idleb and the northern Hama countryside, as well as the western Aleppo countryside, comprise the de-escalation zones according to a deal signed in September 2017 between Turkey, Russia and Iran in the Kazakh capital of Astana.