North Korea has said that, with Bashar al-Assad's leadership, Syria will claim a great victory over terrorism and imperialism writes SANA. 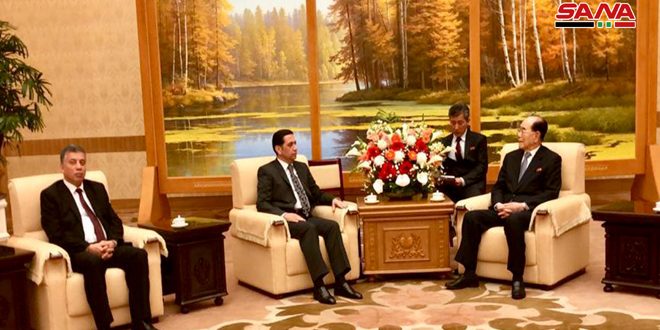 The President of the Presidium of the Supreme People’s Assembly of the Democratic People’s Republic of Korea (DPRK), Kim Yong Nam, affirmed the DPRK people’s support for the Syrian people in defending their country’s sovereignty, lauding the victories achieved by Syria in the fight against terrorism.

Kim was speaking during his meeting with a delegation from the Baath Vanguards Organization headed by Izzat Arabi Katibi on Wednesday.

He said that any success that Syria achieves against terrorism is also a success for the DPRK, adding that Syria, under the leadership of President Bashar al-Assad, will achieve the final victory over the imperialist powers and their tools, while pointing out the deep-rooted historic relations that bind the two countries.