The regime has sent conscription notices to 5,000 young men in eastern Ghouta, which was the first area in the capital to protest against Bashar al-Assad writes Zaman Al Wasl. 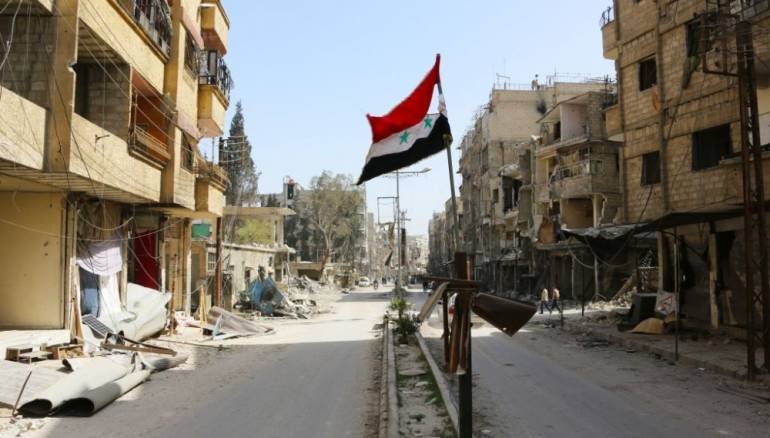 At least 12 residents of eastern Ghouta were arrested by the regime security in night raids, as they track down young men who escaped conscription.

Most of the young men in the capital’s eastern suburbs have rejected the regime’s conscription call, but the reconciliation deals have imposed a new de-facto. They must join the army or face being arrested by the military intelligence.

In the last few months, the regime army has sent about 5,000 conscription calls to young men from eastern Ghouta, despite some names belonging to people who were killed or displaced.

Assad urged all Syrians, including the Druze minority, to send its young men to the army.

The regime had previously issued a decree to deprive anyone who evades reserve service from applying for employment in regime sectors.

The Alawites-dominated areas are still the main manpower supply for the Assad’s army.