On the eighth anniversary of the start of the Syrian revolution, opposition politician Michel Kilo says that a failure to unite, led to the failure of the revolution writes Ana Press. 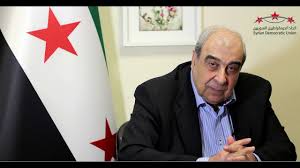 The Syrian opposition politician Michel Kilo said that the biggest mistakes the political opposition made were that it worked as an opposition and never developed into a leadership that could turn the Syrian uprising into a revolution.

Speaking to Ana Press on the sidelines of the eight anniversary of the Syrian “revolution,” Kilo said that the “revolution” lacked plans and programs and that it did not have united political and military forces in terms of organization and struggle, and that it had allowed a sectarian project to displace or compete with a program of civil freedom and democracy, and neglected independent national decision-making.

Asked whether we are facing Assad’s renewal after the opposition failed to find an alternative for Assad, Kilo said that the people who had offered “a million martyrs”—as he put it—and had stood fast for eight years would never be satisfied with Assad and his regime, and no one would be able to rehabilitate Assad or stick with him, and that he would go eventually.

Regarding the fate of the area east of the Euphrates, which is being pulled by both America and Turkey, with Russia watching, the Syrian politician said that the area was under—and would remain under—American influence, and that Russia and Iran would not interfere in it, but that it would be a center of Turkish-Kurdish gravity that would allow all political parties to interfere there.

Regarding the future of relations between the Assad regime and the Kurds, the Syrian opposition figure said that the Kurdish issue was originally part of the Syrian national democratic issue and that it should have been settled within the framework of the revolution. However the coalition had fallen short and given space for Assad to intervene, especially after the PYD took control of the rebellion and put forward a regional Kurdish project with no relation to Syria or its revolution and became open to the regime, which has not given them anything.

He said that the Iranian-Russian conflict in Syria would explode faster than any Syrians expect, and that Russia will be forced to change its stance on the Syrian people and their interests.

Kilo closed by directing a word to the Syrian people, saying, “Your revolution changed a great deal of things and undermined the oppressive and corrupt Assad regime. We must continue the revolution until we reach our aims and achieve our rights, toward a free country and a united people.”