Hay’at Tahrir al-Sham, who have a firm control over Idleb province, clashed with Islamic State militants, resulting in the death of one child reports Zaman Al Wasl. 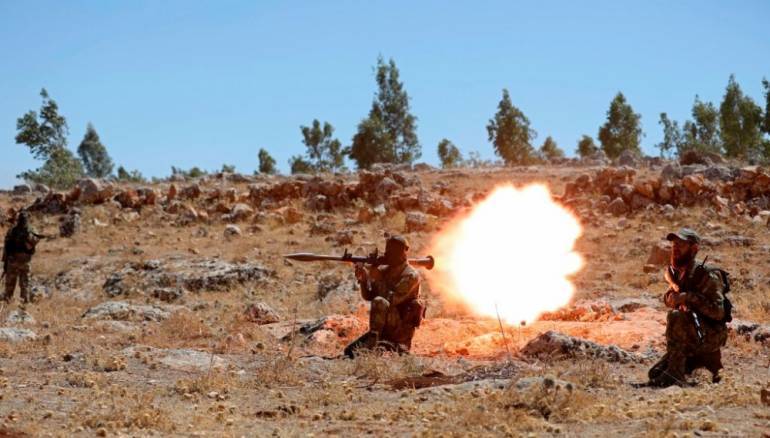 Abou al-Harreth, a security officer from Tahrir al-Sham, told Zaman al-Wasl that the clashes erupted with ISIS members who escaped from Idleb Central Prison weeks ago.

Formerly known as Jabhat al-Nusra, Hay’at Tahrir al-Sham is the dominant force in Idleb province, and has killed most of its opponents, including citizen journalists and human rights advocates.

Tahrir al-Sham and other hardline groups have refused to pull their fighters from Idleb, despite the creation of the demilitarized zone that was announced by rebel backer Ankara and regime supporter Moscow last September, and which was supposed to separate regime troops from rebel fighters in Idleb and adjacent areas.