Original plans for an assault were postponed following talks between Russia and Turkey, but smaller skirmishes have continued since then writes Hashtag Syria. 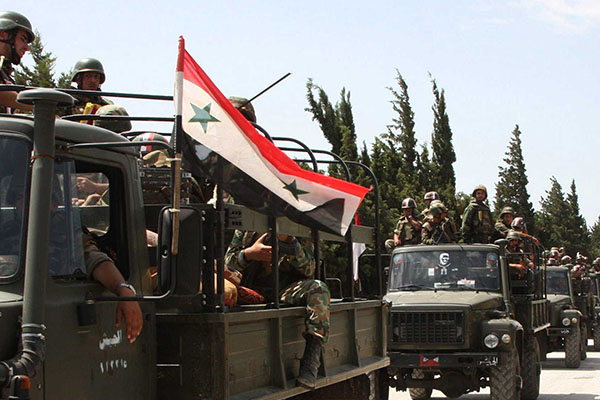 Following the constant violations and the recent major attack carried out by terrorists in the Hama countryside, there is now no choice but to begin a real battle to repel these blatant violations—this is what the Foreign Ministry suggested in its latest statement. So will the battle soon begin?

Military analyst and expert, Kamal al-Jafa, told Hashtag Syria that the battle would be very soon and that the decision for this battle had been taken, but that orders for the army to begin the ground assault had not been given.

Jafa said that operations and clashes had been ongoing for more than two weeks during which the army was repelling strikes on the safe areas in the northern Hama countryside, but that what happened two days ago was the biggest operation to have been carried out by terrorists from “Ansar al-Tawheed” and “Jabhat al-Nusra al-Islam” during recent months. He noted that the army repelled this attack and regained most of the areas and points which it lost at the beginning. The result was that the map of control had not changed and there was no progress made by the armed groups in these areas.

The military expert said that the army had to repel this major breach carried out by the terrorist groups, who have been classified by every country of the region as well as America and Turkey as terrorists and who are under the command of Zawahiri. Therefore the military operation must begin, and very soon.

However, regarding the awaited battle for Idleb, Jafa said that this battle was still awaiting international agreement, noting that the political conditions had become ripe to begin, according to his estimation.

The military expert said that the battle for Idleb could coincide with a military operation which has been threatened by the Turkish army and is awaiting the zero hour, as suggested by Turkish politicians.

This operation, according to Jafa, would include Manbij and some areas where the SDF are deployed in northeastern Syria.