An Al-Qaeda-linked group kills 21 regime forces near Idlib, the Syrian government denounces the UK’s blacklisting of Hezbollah and accuses the US of investing in terrorism, ISIS is close to final territorial defeat and a Syrian parliamentary delegation is in Jordan on the occasion of a conference on Jerusalem. Catch up on everything that happened over the weekend. 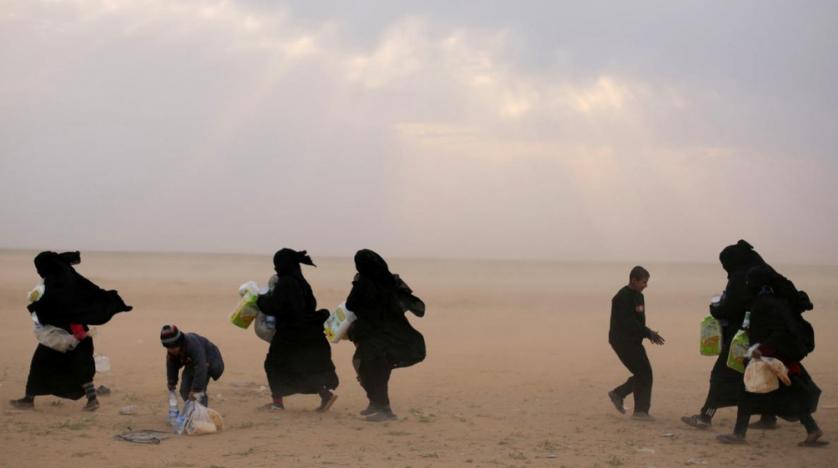 1. A Syrian jihadist group linked to Al-Qaeda killed 21 regime and allied forces Sunday near Idlib province, in one of the deadliest breaches of a six-month-old truce deal, an activist group said. “At dawn, 21 fighters from the regime forces or allied militia were killed in an attack by Ansar al-Tawhid jihadists,” the Syrian Observatory for Human Rights said. “Five jihadists were also killed,” Rami Abdel-Rahman, the director of the Britain-based group, added. The regime’s army forces said they clashed with the terrorist group. A military source was quoted by SANA as saying, “the army units operating in the region, the source added, bravely confronted the terrorists, killed a number of them and destroyed their equipment and weapons.”

2. Syria “strongly denounced” the British government’s decision to put Hezbollah on a list of terrorist organizations. A source at the Foreign Ministry told SANA that the decision “confirms Britain’s deep-seated historical hostility against the Arab nation, as Britain is the godfather of fragmenting the Arab nation through the Sykes–Picot Agreement, and is also responsible for the inauspicious Balfour Declaration that led to Palestine being usurped by Zionists and to displacing millions of Palestinians.”

3. Syria’s Permanent Representative at the UN, Bashar Jaafari, said that Western states, particularly the United States, are working to prolong the crisis in Syria by investing in terrorism, stressing that a military resolution in Idleb is inevitable if the political efforts to implement the Sochi agreement fail. In an interview given to pro-Iran Al-Mayadeen TV Network, Jaafari said that President Trump has repeatedly said he would withdraw his forces “which occupy parts of Syrian territory… from them.” This hasn’t happened, he said, “because his administration wants to continue investing in terrorism in Syria and Iraq in order to carry out its agenda in the region in collusion with Turkey and militias” in the Syrian North-east region. He claimed that the international coalition, “which Washington created without Security Council approval continues to support ISIS.”

4. ISIS faced final territorial defeat on Saturday as the US-backed Syrian force battling the militants said it was closing in on their last bastion near the Iraqi border, capping four years of efforts to roll back the group. Asharq Al-Awsat quoted Mustafa Bali of the Kurdish-led Syrian Democratic Forces saying that fighters are advancing on two fronts amid intense fighting with the extremists in the last area they control. Bali tweeted Saturday that “heavy clashes” are taking place in the area on the east bank of the Euphrates River. He said three SDF fighters were wounded.

5. The 29th conference of the Arab Inter-Parliamentary Union (AIPU) entitled “Jerusalem, the eternal capital of Palestine” kicked off in Amman on Sunday with the participation of Syria. The Syria Times reported that Speaker of the People’s Assembly Hammoudeh Dabbagh heads the Syrian delegation to the conference. Sabbagh arrived in Amman Saturday upon an invitation from Speaker of Jordan’s House of Representatives Atef al-Tarawneh to participate in the conference.