Syrian refugees living in Lebanon have been slow to return home, with some claiming that they have been pressured into returning, regardless of whether it is safe reports Al-Modon. 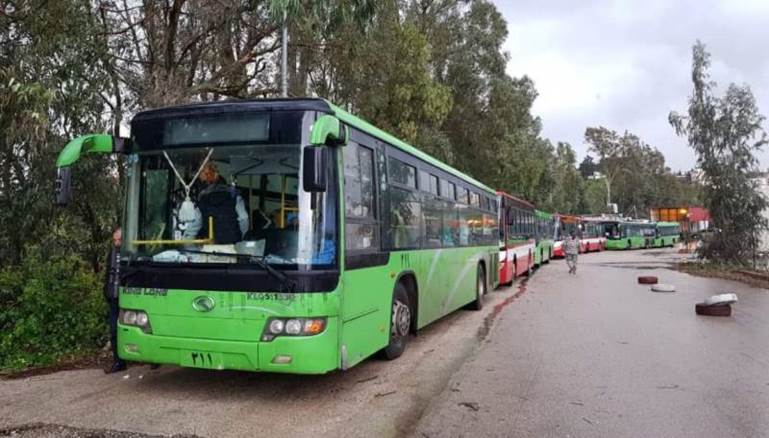 Lebanese General Security has arranged the return of a new batch of Syrian refugees through the border centers in al-Masnaa, al-Aboudiyeh, and al-Qaa. This is the second “voluntary return” campaign for 2019. The Syrian news agency, SANA, reported that 22 buses from the Lebanese territory crossed the border into Syria, carrying hundreds of refugees.

The buses that brought the refugees, began their journeys early in the morning, from the Saida, Chebaa, Nabatiyeh, Tartous and Akkar areas. In the Saida area, two buses started from the municipal stadium. The General Security office in the south arranged the logistics and  secured the security measures. In the Nabatiyeh area, two buses carried about 50 Syrian refugees through the al-Masnaa border crossing. This occurred in a convoy that included the army, General Security, and the Lebanese Red Cross. Delegates of the United Nations and the agencies working with them, asked the returnees questions about the reasons for their return to make sure they were not leaving Lebanon under pressure.

In the north, dozens of Syrian families returned from the Akkar and Tartous areas. Their journey was completed on buses that were allocated by the Syrian Ministry of Transport, which visited Tripoli. The refugees returned through the al-Aboudiyeh border crossing, in accordance with the plan developed by the General Directorate of General Security, in the presence of representatives from the United Nations refugee agency.