As the cost of beauty treatments in Syria rises, the government claims that regulating the industry is a difficult task reports Al-Watan. 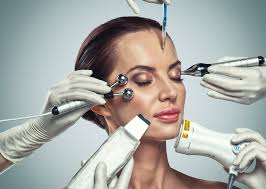 The head of the monitoring department at the Directorate of Internal Trade and Consumer Protection, Mohamed Bagh, said that there were very few regulations imposed on salons for women, because no complaints were received from those harmed by one salon or another.

The head of the Executive Councils and Offices, Soha Aliya, pointed to the lack of complaints about the prices in salons and beauty centers. She said that it was a major problem that could not be regulated, given that each center set its own prices according to the area, and in the end the customer is the one who chooses the beauty center that best suits their needs.

The Director of the Consumer Protection Directorate, Hossam al-Nasrallah said that the Ministry carried out tours to inspect cosmetic supplies before they reach salons, denying that there had been any complaints about these materials.