The cost of securing a Syrian passport is one of the highest in the world writes Enab Baladi. 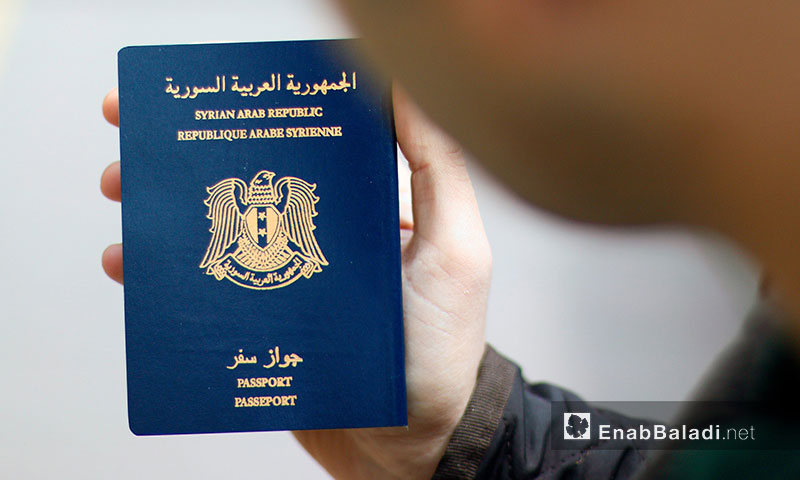 The Syrian Network for Human Rights said in a report published on, Jan. 28, 2019, that the Syrian regime was using Syrian passports as a source of funding for the war and to humiliate its opponents.

The report, said that the Syrian regime had arrested at least 1,249 people, including eight children and 138 women, from March 2011 to January 2019, by carrying out measures in the migration and passport departments of a number of provinces, including about 703 cases of arrests in the migration and passport department in Damascus.

The report said that the issuance of Syrian passports must pass through two basic stages. First, an approval must be obtained from the security branches for all those who want a passport inside or outside Syria. This demand lasted from the beginning of 2011 to April 2015.

In the second stage, the Syrian regime issued Legislative Decree No. 17 in 2015, which amended Law No. 1 for the year 2014, and allowed the issuance of passports to all Syrians inside and outside the country without discrimination.

This included those who left the country illegally, and the consular fees on the issuance of a passport or a travel document to Syrian citizens and Syrian-Palestinians was set at 400 dollars including other fees.

The amount of 200 dollars or its equivalent was set for renewing or extending the passport, only for Syrians outside the country.

According to the report, the fee imposed for obtaining a passport or renewing one was the highest in the world.

The report noted that the longest validity for the passports of regime opponents did not exceed two years, and that many airlines require a validity of at least six months in order to travel—that is, the de facto validity of the passport is a year and a half.

The Director of the Syrian Network for Human Rights, Fadel Abdel Ghani, said that the Syrian regime had “employed the material returns it has obtained in its war against the opposition among the Syrian people and has continued to pay salaries to militias and to buy and maintain weapons to bombard Syrian cities and has continued to carry out massacres and war crimes.”

The Syrian regime’s demand of 800 dollars for a passport has not met with any international condemnation, and no practical measures have been taken by the international community, according to the report.

The report added that citizens suffer from various types of abuses, including exploiting the lack of alternatives to the passport.