President Erdogan has said that the proposed safe zone is for the benefit of the refugees living in Turkey reports Sada al-Sham. 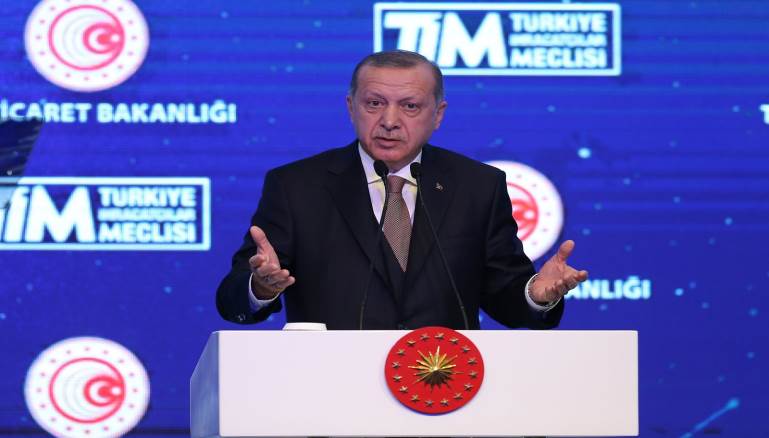 Turkish President Recep Tayyip Erdogan stated that his country is trying to establish a safe zone to help the four million Syrians in Turkey to return to their country.

Erdogan said in a foundational meeting for a cooperative network between the Red Cross and Red Crescent in the countries of the Islamic Cooperation Council in Istanbul, “We will achieve peace, stability and security in the region east of the Euphrates soon, just as we achieved it in other areas.”

Erdogan said that Turkey had so far spent, according to United Nations data, 35 billion dollars on refugees, at their forefront about 4 million Syrians. The Turkish President said, “The European Union has not lived up to its promises regarding aid for refugees.”

Regarding fighting terrorism, Erdogan said, “We will purge the region of the Islamic State (ISIS) and its remnants being trained against Turkey.” He said that Western countries had tried to fight ISIS by arming another terrorist groups, in a reference to the Kurdish People’s Protection Units (YPG).

He said that his country, “had not only eliminated the terrorists, but had exerted major efforts to reduce the effects of the humanitarian crisis in the conflict areas.”

The Turkish President also expressed his regret over, “the Islamic world not taking any effective measures to confront the crisis of famine in Yemen.” He added, “Many crises that we have witnessed we know are not because of a lack of material capabilities, but because of a lack of compassion and feeling for others.”