While the explosion did not cause any casualties, there was damage to homes and vehicles reports SANA. 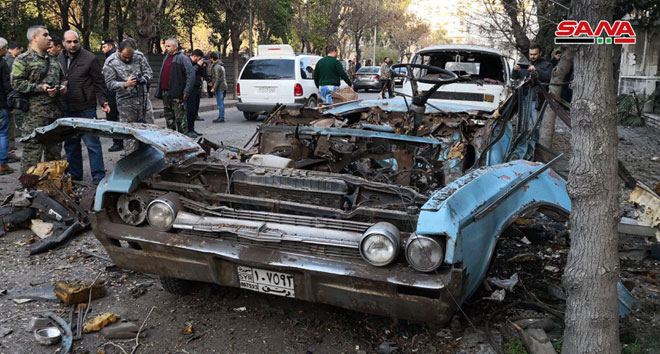 Material damage was caused when an explosive device planted by terrorists blew up in al-Adawi neighborhood in Damascus.

SANA’s reporter said that an explosive device planted by terrorists in a car, which was parked beside a pavement, detonated in the al-Adawi neighborhood on Thursday afternoon, causing material damage to windows, neighboring houses and a number of cars parked in the area. No causalities were reported.

The reporter added that the authorities encircled the location in order to inspect the area and the neighboring park.