The proposed city will be built between the Damascus countryside and Homs reports SANA. 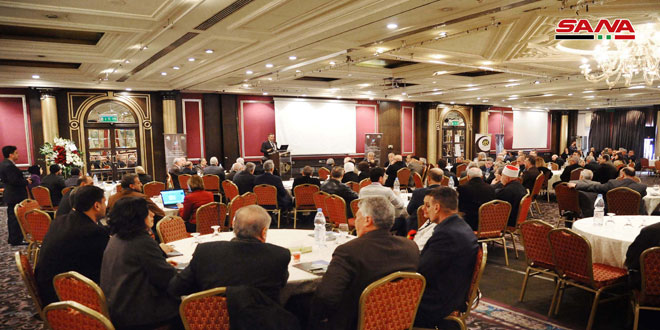 Mother Syria Group, in cooperation with the Syrian Investment Authority and the General Authority for Real Estate Development and Investment, held the Second Economic Conference where the model integrated city, “Zaytoun City”, project was proposed.

The Conference held at the Damarose Hotel in Damascus included a documentary on the city that expands over a 15 km area between the Damascus countryside and Homs.

Lectures were given on the importance of water resources in civil development, the concept of modern administration, community health, knowledge construction and the role of international relations in encouraging and promoting investment.

Head of Mother Syria Group, Mahmod al-Erq, pointed to the importance of the project, which is considered the first of its kind in the region as is considered to be within the framework of reconstruction, adding that there are several companies that expressed their readiness to take part in implementing the project.