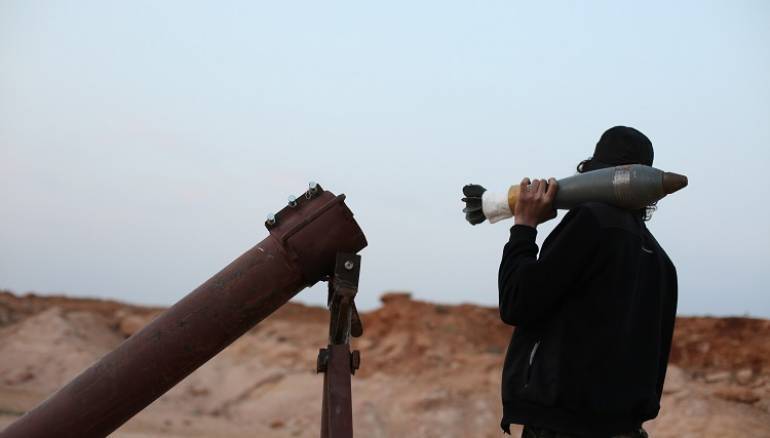 The rebel groups refused to leave the Afrin region after a humiliating surrender to Hay’at Tahrir al-Sham that pushed the al-Zinki group to leave its areas in the western countryside of Aleppo and parts of Idleb.

Earlier this month, members of Tahrir al-Sham took control of Idleb province and the surrounding countryside after forcing rival insurgents to accept a deal for a civil administration run by Tahrir al-Sham in their areas.

The developments threaten to derail a cease-fire in the area reached in September between Turkey and Russia that averted a potentially catastrophic regime army assault on Idleb.

The deal required militant groups to vacate a frontline buffer zone, a move that was never implemented by Tahrir al-Sham militants.

The Syrian regime has repeatedly threatened to launch an offensive to recapture Idleb province, which is packed with 3 million people, including many who were displaced from other parts of the country.

The latest advances by the Tahrir al-Sham, which include many foreign militants, raise questions over the future of the deal.