Cuba has expressed a desire to strengthen relations with the Syrian government reports SANA. 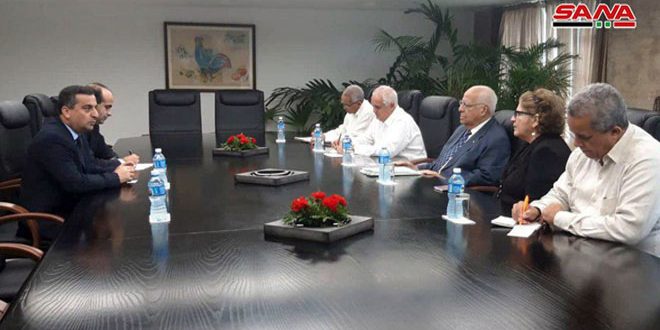 The Cuban Vice President of the Council of Ministers, Ricardo Cabrisas Ruiz, has renewed his country’s support for Syria in its war against terrorism, while rejecting interference in their internal affairs.

During his meeting with Syria’s Ambassador to Cuba, Idris Mayya, in Havana Wednesday, the two sides reviewed the bilateral relations between the two countries and means of bolstering them to serve the two friendly peoples.

Ambassador Mayya pointed to the developments in Syria, stressing the importance of strengthening relations between Syria and Cuba in all fields.