Aleppo is in dire need of reconstruction, but the funds that have been allocated to the city are not matching the needs of the residents reports Al-Ayyam. 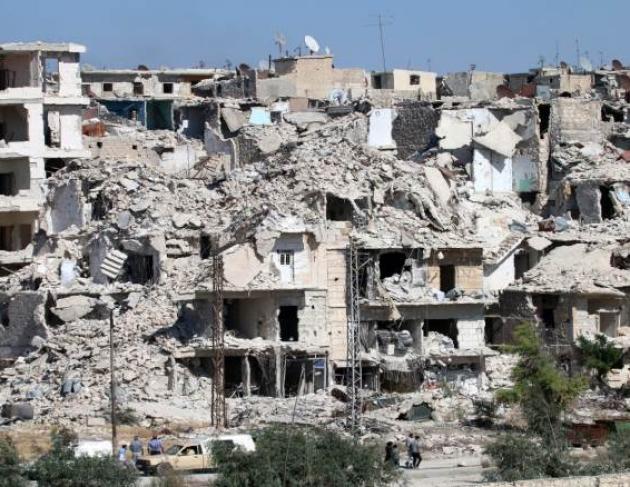 The head of the Aleppo City Council, Maad al-Mudallja, said that the funds disbursed by the government was not enough to rebuild one percent of Aleppo.

Mudallja told Al-Ayyam that while doing a small calculation it became clear that each hectare would need 150 million Syrian pounds to be rebuilt. If work proceeded with the amount agreed by the government—5 billion pounds—then only about 30 hectares could be rebuilt out of the 320,000 hectares that need work in Aleppo province.

Mudallja added that as a result of the inability to rebuild all destroyed areas in Aleppo, due to a lack of financial capabilities, work had to be done on the principle of a chess game—first working to open streets, of which about 90 percent have been opened, with the aim of people returning to their homes, and then working to restore limited areas in each street with the aim of encouraging residents to work on repairs, even if at their own expense.

Mudallja said that reconstruction in informal areas often had the aim of quick profits without taking into account the rights of the original residents or the character of the city. He said, “If we don’t have awareness around the issue, we could see the same type of problems that were the reasons for the war in Syria—lack of equality in service levels, the spread of slums in light of the lack of urban plans and the mechanisms to implement them.” He said that the new plan, which had been addressed as part of the executive plans, and is expected to see the light in 2021, would only focus on repairing the infrastructure and then property records would be set up. The citizen would have to pay to obtain the rights to a house, even if they owned it before.

According to Mudallja, Old Aleppo is a “red line,” saying that work had been done to classify the stones in the Old City to reuse them in the reconstruction, and to maintain every stone that had been part of the urban fabric.

The head of the Aleppo City Council revealed that the government had not only hindered residents’ attempts to be part of the planning to rebuild their destroyed districts, but had kept them out of it entirely, and that this is not the first time that the government had given up districts in Syrian cities on the pretext of reconstruction. The idea of stripping property from its original owners for financial compensation not equating to more than 1 percent of the original value is stripping people of their rights in order to achieve the largest financial bloc to compensate for what the state had lost during the war.