This is the first official appearance of Zein al-Assad, which has fuelled speculation about her future role in Syrian politics reports Etihad Press. 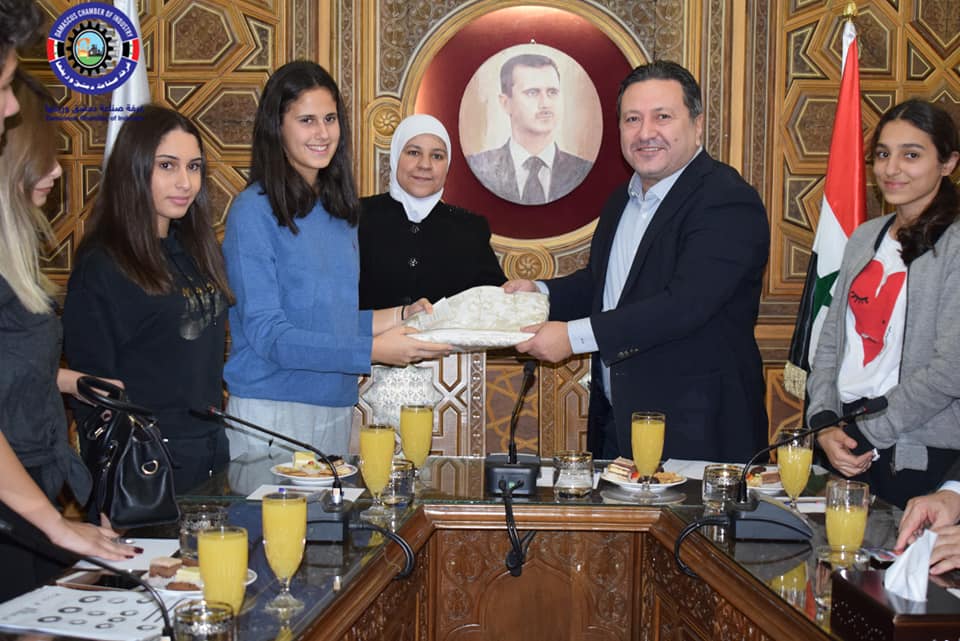 On Wednesday, Zein al-Assad, daughter of Bashar al-Assad, visited the headquarters of the Chamber of Commerce in Damascus , accompanied by a volunteer from the Youth Volunteer Team from the Syria Trust for Development, within the framework of the Wounded Nation Initiative, which aims to provide care for wounded members of regime forces.

The Chamber’s social media page published a picture of the visit and said that the President of the Chamber of Commerce, Samer al-Dabas, and a number of members of the board of directors had received Zein al-Assad and those accompanying her. Dabas thanked “Ms. Zein al-Assad for this graceful gesture and for offering material support for the Wounded Nation initiative,” and praised her and the youth team.

This appearance raised a number of questions, as it was the first official appearance for a member of the third generation of the Assad family.  Appearances by the children of the regime president and relatives of this generation had previously been limited to “spontaneous images” here and there. This is in addition to the fact that the images of Zein’s mother, Asmaa al-Assad have been limited to internal receptions inside the Presidential Palace.

Observers expressed suspicions that the appearance of Zein al-Assad was in preparation of her future role in the Syrian political sphere, in the same way that her father was previously prepared when he returned from Britain in the 1990s. At the time, government media showed him participating in events, as he was the son of the President.