Syrians have accused the Education Ministry of promoting homosexuality among children, with the inclusion of a song that contains the word gay reports Al-Modon. 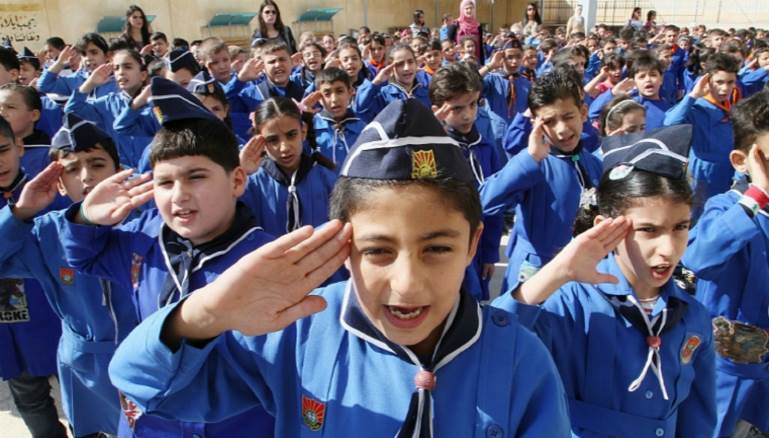 A song included in the curriculum for fourth grade music students in primary school has sparked widespread controversy among Syrians over the last few days, due to its inclusion of words that “promote homosexuality,” according to commenters.

According to pictures circulated, the fourth grade music books include the song, “Kookaburra Sits in the Old Gum Tree,” a famous Australian song. In one part, it has the line, “Gay your life must be,” in English, which commenters saw as a call for homosexuality.

In fact, in the original song, which was written in 1935, the word “gay” meant happiness and joy, and was not a reference to homosexuality. The word began to take on the sexual meaning after 1955.

A doctor of English literature, Ahmed al-Aissi, wrote on his Facebook page: “The Education Ministry is in need of education.” He said that, “Since 1955, the word ‘gay,’ has come to mean one thing: homosexuality. The old meaning of the word became extinct. The whole world knows that, except the Education Ministry.” This was a phrase repeated more than once in the comments.

In 2010, an Australian teacher removed the word “gay” from the song and changed it to “fun.” However, that created anger among groups that defend homosexual rights. The teacher explained at the time that if he said that word “gay” in front of 10-year-old students, they would fall on their stomachs from laughter, and that he did not mean to insult the homosexual community

On the contrary, there are no gay rights in Syria, and Syrian law actually bans homosexuality. Homophobia is also widespread for religious and social reasons. Therefore, the scene on social media was normal, whether in terms of loyalists upset with the Education Ministry, or opposition members who accused the regime of moral decay.