Women at shelter centers in the Damascus countryside have been targeted and blackmailed for sexual favors writes Al-Hal. 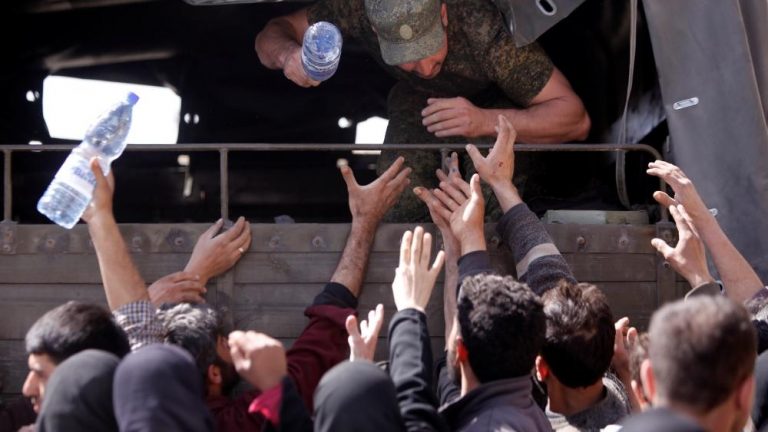 Corruption by the regime government has overwhelmed the agencies responsible for the shelter centers in Ghouta in the Damascus countryside, with workers beginning to blackmail displaced people for them to obtain their simplest rights in terms of aid and the food offered to them.

Activist Nour al-Kaswani told the Al-Hal website that the Herjalleh shelter center “has become known for the corruption of those in charge. They deprive displaced people of their shares of food and do not deliver aid despite it having arrived months earlier, on the pretext of arranging the lists and organizing work.”

Kaswani added that those responsible for distribution in these institutions “extort civilians, especially women, trying to receive sexual favors from them in exchange for the easing of the delivery of aid. This was confirmed by a number of women in the center.”

Provisions for shelter centers have been sold to a number of traders in coordination with officials and regime officers at checkpoints in the area, where they ease their transport, despite the fact that this is illegal, according to activists.