The curfew is part of a security campaign that aims to root out corrupt rebels from the National Army reports Zaman Al Wasl. 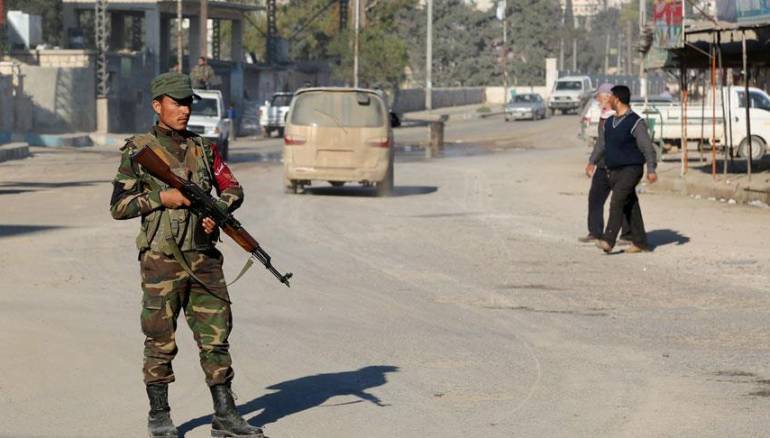 Turkish-backed Syrian forces have imposed a curfew on civilians from Wednesday morning in the border city of Jarablus amid a security campaign tracking ‘corrupt’ rebels, the National Army said in statement.

A major military campaign was launched by the Turkish forces and the National Army, formerly known as Free Syrian Army, to uproot rebel groups who are involved in the thuggish acts in the ‘Euphrates Shield’ region of northeastern Aleppo.

On Sunday, clashes between National Army units in the town of Afrin left 25 fighters dead, according to the British-based Syrian Observatory for Human Rights.

Turkish troops and allied rebels seized the Afrin region from Kurdish forces in March after a two-month air and ground offensive.

The clashes pitched the majority of the pro-Ankara rebels against Shuhada al-Sharqiyah, a group of around 200 fighters who were accused of “disobeying” Turkish forces and “committing abuses”, the monitor said.