In an effort to present a unified front, the Syrian Turkmen convened a meeting to pick a new flag that will represent them at political and social forums writes Enab Baladi. 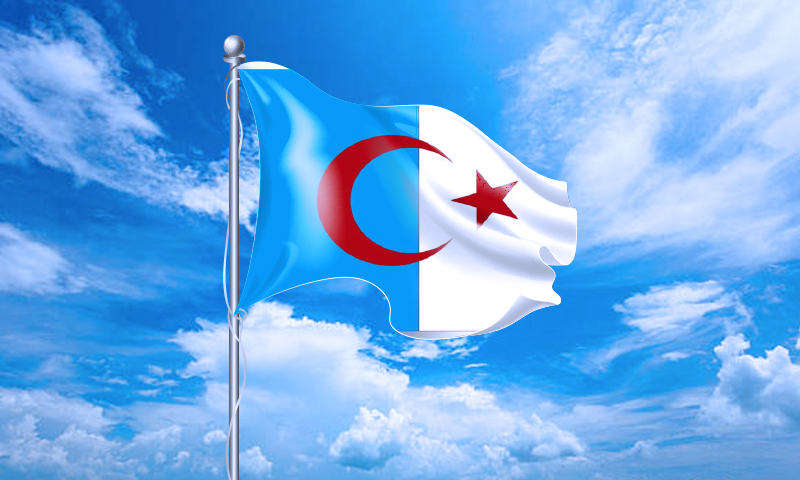 At a conference titled “The Turkmen Flag”, in the city of al-Raie in the northern Aleppo countryside, Syrian Turkmen chose a united flag composed of three colors.

The council was held on, Nov. 18, 2018, under the supervision of the Syrian-Turkmen Council, attended by members of the Turkmen Movement and Turkmen military groups and civil society organizations.

The Turkmen council said through its official channels on Monday that, “Following the total recognition and approval of the flag of the Syrian revolution, Syrian Turkmen have chosen their own banner that will represent them in all political and social forums as a basic component of the Syrian people under the roof of the national project.”

The new Turkmen flag is composed of three colors: Blue, white and red.

The council added that, “The celestial color which has accompanied the Turkmen throughout history takes its place on the Syrian-Turkmen banner along with the color white as a symbol of peace and humanitarianism, along with the crescent and the star, saturated with the blood of martyrs from the Syrian nation.”

In Ottoman times, the Turks in Syria were recorded as ‘Aleppo Turkmen’ and had a special place with the authorities and were considered to be under special protection, which made things relatively easier for them at the time.

During their presence in Syria, they have mainly been found in Damascus and Aleppo, but also in Lattakia, Homs, Hama, Raqqa, Daraa and the Golan, according to the Turkmen writer and journalist Ahmed Hamish in a previous interview with Enab Baladi.

According to the Turkmen Movement, all Turkmen parties and civil society groups attended the conference, alongside Turkmen military groups, including the al-Hamza Division, the al-Sultan Murad Division, the Mohamed al-Fatih Division, and the al-Muntassar Billah Division.

It said, “The parties that participated in the conference stressed the need for a political distinction between the Turkmen flag, which symbolizes Syrian Turkmen as a component of the Syrian people, and the flag adopted by the Syrian revolution which brings together the whole social spectrum.”

The book :The Struggle for Power in Syria by Nikolaos van Dam, which is one of the most important books addressing the Turkmen population in the region, said that the proportion of Syrian Turkmen was about three percent of the total population.

They numbered about 484,000 out of a total of more than 16 million, according to 1997 statistics, while some references say that the Turkmen including those who know their origins and those who don’t, number between three and three and a half million.