Inside the prison, detainees have started a hunger strike in protest of the death sentences reports Zaman Al Wasl. 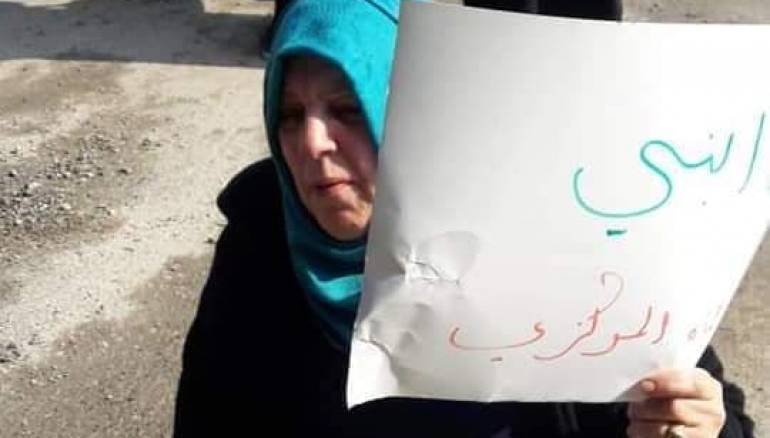 Families of Hama prison detainees have protested in front of the notorious prison as their sons began their hunger strike in protest of the  arbitrary death sentences handed down by the regime's Terror Court, activists said Tuesday.

The sit-in, that was organized by mothers and wives of the detainees, called on the regime to drop the death sentences.

On Monday, the detainees in all sections and wings of Hama prison decided to participate in the strike in order to push the regime to suspend the executions.

On Thursday, Syria’s Field Court handed death sentences to 11 political detainees in Hama prison, for their participation in peaceful demonstrations in 2011.

The Free Syrian Lawyers' Committee called on the international community for immediate intervention to save hundreds of thousands of detainees in Bashar al-Assad's prisons, especially Hama prison.

In May 2016, the prisoners seized the prison 210 km (130 miles) from Damascus, and took hostages from the guards after, five inmates were to be taken to the notorious Sadnaya prison to be sentenced to death by an extra-judicial military tribunal.

But a deal was brokered with the regime and ended the mutiny.

Then, the regime agreed to most of the detainees’ demands to release those political detainees held without charges.