Only a few weeks after the reopening of the Nassib border crossing, the Syrian authorities have started arresting Jordanian nationals, Enab Baladi reports 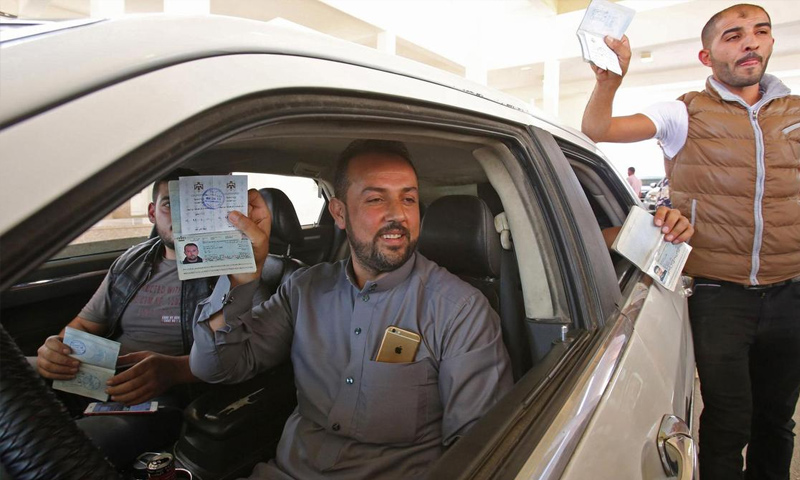 Two Jordanian citizens have disappeared after entering through the Nassib border crossing two weeks ago, according to the Jordanian Al-Ra’i newspaper.

The newspaper said that communications had been lost with the two young men, without saying whether they had been arrested or not.

This comes after the Syrian regime arrested a Jordanian citizen who entered through the Nassib border crossing officially, according to the Jordanian Foreign Ministry on Monday.

The statement said that the Syrian regime had arrested the citizen last Saturday and transferred him to Damascus.

The ministry added that they were coordinating with the authorities in Syria to release the arrested Jordanian citizen who was in the Palace of Justice in Damascus.

Jordanians have been circulating a list published by the Zaman al-Wasl website on Monday that included 8,845 Jordanian citizens who were wanted by the Syrian intelligence services, amid warning from the website to Jordanians against traveling to Syria.

The list stirred fears among Jordanian youth about traveling to Syria, but the chargé d’affaires in the Syrian embassy in Jordan, Ayman Alloush, denied this.

Alloush told the Jordanian Ammon agency that “this list is a work of fantasy.”

Alloush said that the list was incorrect and that Syria did not address issues with any country in this manner and so, “how could it with brotherly Jordan?”

The relationship between the two countries has developed in recent weeks after the opening of the Nassib border crossing on October 15, and the visits of economic delegations between the two parties.

The number of Jordanians who used the Nassib crossing since its reopening has been about 75,000 people.