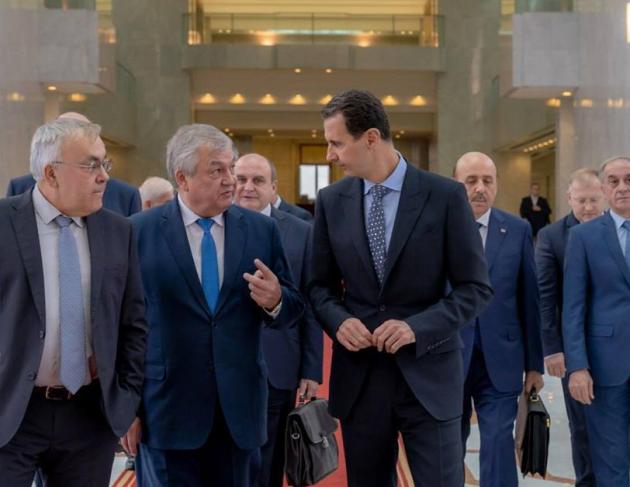 President Bashar al-Assad received the envoy of the Russian president to Syria, Alexander Lavrentiev, and the Russian deputy foreign minister, Sergey Vershinin and an accompanying delegation.

during a meeting on Nov. 4, as reported on Al-Baath website, Lavrentiev informed President Assad of the quartet summit discussions which were recently held in Istanbul and the efforts exerted by Moscow with all regional and international parties with the aim of overcoming the obstacles which stand before progress in the political process contributing to an end of the war against Syria.

President Assad praised the major efforts exerted by Russian officials led by President Vladimir Putin in order to neutralize the foreign interventions in Syria, in a way that contributes to assisting Syrians to decide their future for themselves in accordance with what serves the interests of the Syrian people.

The meeting addressed the issue of forming a committee to discuss the current constitution, as there was an agreement to continue joint work between Russia and Syria to clear the obstacles which still stand in the way of forming this committee.