Clashes between Hayyat Tahrir al-Sham and Assad’s forces have broken out, in what was supposed to be recognised as a "demilitarization" zone reports Hurriya Press. 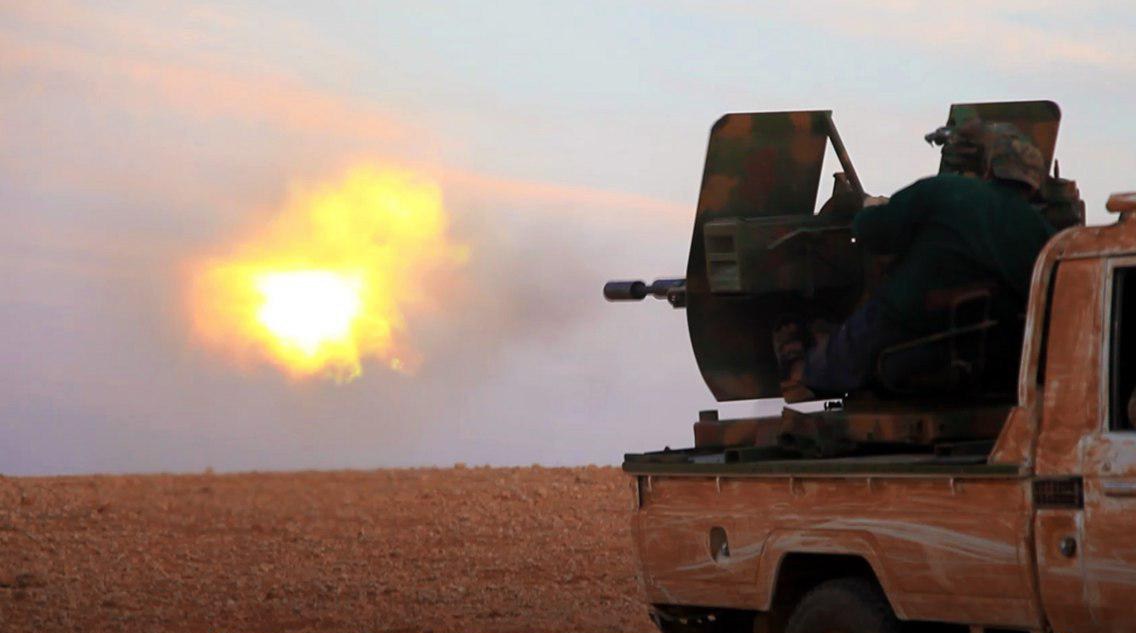 On Thursday morning, heavy clashes broke out between Hayyat Tahrir al-Sham and Assad’s forces near the city of Abou al-Dahour, east of Idleb, coinciding with an artillery and rocket bombardment by the latter over the last few days on these areas, which are considered part of the “demilitarization” Sochi agreement.

Hurriya Press’s correspondent in Idleb said that Tahrir al-Sham stopped an attempt by Assad’s forces and allied militias to advance on the Tawil al-Haleeb—al-Sukariya—Abou Qamees axis in the eastern Idleb countryside.

The correspondent said that Assad’s forces had responded with a heavy artillery bombardment on the town of Tel al-Sultan, which killed and wounded a number of civilians and displaced residents of the town.

Tahrir al-Sham attacked Assad’s forces in the village of Abou Qamees at Wadi al-Mazroua, and managed to kill all of Assad forces at the position, in response to the continuing bombardment of the area.

Tahrir al-Sham’s Abaa agency said that “three were killed as a result of a raid carried out against a regime position in the village.”

Assad’s forces stationed in Tel al-Wasata and Tel al-Kalba also used heavy artillery to strike the villages of Tawil al-Haleeb and Mas’ade, west of Abou Dahour, without any information about civilian casualties.

Assad’s forces have been continuing to bombard the eastern and southern Idleb countryside over the past few days, which has killed a number of civilians, despite the rebel groups announcing their withdrawal of heavy weapons from the area in accordance with the Russian-Turkish agreement around Idleb.