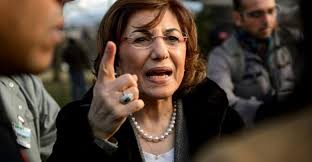 Media and political consultant to the presidency, Bouthaina Shaaban, said that the war on terrorism, which Syria and its allies are waging, has changed the political scene in the region and across the world and said that Syrian-Russian relations will “escalate.” Meanwhile, Deputy Foreign Minister Faisal Mikdad said that the relationship between the two countries was not surprising to Syria because “we are one side in the war on international terrorism” and that a return of state control over Idleb was “natural” and need not be subject to speculation at all.

In a response to a question from Al-Watan, Shaaban described Syrian-Russian relations as strategic, saying: “We have entered into a war against terrorism which is a threat to all of humanity. As President Assad said, our relations are also historic and continuing and will also escalate, because they are for the sake of truth, peace, justice and all mankind. The two countries will do all they can for this friendship, and this alliance with the forces of good will always exist to support humanity.”

In a statement to Al-Watan, Mikdad said, commenting on Moscow’s decision to deliver Syria the S-300 missile system, that Syrian-Russian relations have developed deeply and sincerely in the context of the war on terrorism. The Russian command played a constructive role, based on implementing the decisions of the international community in the fight against terrorism. “We believe that the efforts which Russia has carried out in the context of the fight against terrorism have been sincere, and therefore we are not surprised by the development which the Russian-Syrian relationship has witnessed, because we are on the same side in the war on international terrorism.”

Mikdad said that all the recent political and diplomatic efforts have aimed at restoring Syrian state control over its territory. When Syria liberates its land from terrorism, it will implement the United Nations’ resolutions and will achieve sovereignty over its land and the unity of its people. “Therefore we see the return of state control over Idleb as natural and should not be the source of speculation. The Syrian state is returning, as we see in Daraa, Damascus, and Aleppo.” He said: “Some Kurdish groups are still haggling over the foreign factor. They are political groups who do not reflect the views or positions of the Syrian people, regarding the necessity of the unity of Syrian territory and people. These groups are isolated and our people know how to set a limit for them.”

Responding to questions from journalists, Mikdad asked: “How can the United States and Saudi Arabia have a right to fund and send their terrorists everywhere in the world, and the Syrian state has no right to call on its friends for help?” He said that the American game had been revealed and the deception and trickery had ended and Syria was victorious.

Shaaban and Mikdad’s statements came after they participated in the media forum on the sidelines of the Second Syrian Media Festival which had the name “Victory Tale” and was hosted by the Journalist Syndicate at the Damascus Opera House.

At the forum, Mikdad said, “We are in the last quarter hour of the crisis.” He said: “There will not be a grain of dust outside the control of the Syrian state and the Syrian Arab Army.” He said that the recent “Idleb deal” is “nothing but a step among others which the Syrian state started with the ‘de-escalation zone’ agreements, which were bound by specific times, and this is what has occurred as these areas have returned to state control.” He said that the world after Syria’s victory will not subjected to the will of America and the West, and this is what Western states fear.

Mikdad concluded, saying: “As we have been victorious in every spot of Syria, we will be victorious in Idleb. The message is very clear. We are coming to Idleb, peacefully or not. We prefer that we reach the Syrians in Idleb peacefully, but the other sides of this open war have their limits. Those who trust the Americans should know well that the Syrian Arab Army will reach every part of Syria and they are coming to every area in Syria to impose its control and the sovereignty of the Syrian state.”