The latest appointments are said to be part of an anti-corruption campaign reports Damas Post. 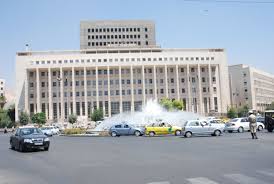 On Monday, President Bashar al-Assad issued Legislative Decree No. 299 for the year 2018, appointing Dr. Hazem Younes Karfoul as Governor of the Syrian Central Bank instead of Dr. Duraid Dergham.

Sources told Damas Post that the General Manager of the Real Estate Bank, Dr. Ahmed al-Ali has been relieved of duty and Dr. Madin al-Ali, Professor of Economics at Damascus University and member of the advisory board in the cabinet, had replaced him.

Qassem Zeitoun, General Manager of the Industrial Bank, had also been relieved and Omar Saidi had been named to his place. He had been the Deputy Governor of the Syrian Central Bank for seven years.

The sources said that this decision came as part of an anti-corruption campaign and that additional decisions for the remaining banks would be issued later.