The two presidents discussed the situation in the country and the recent Idleb Agreement, and how it might be implemented reports SANA. 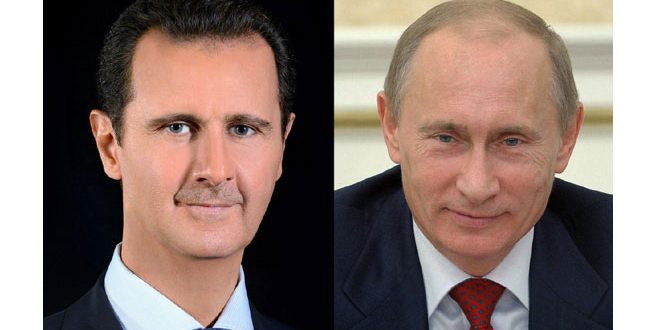 On Monday, President Bashar al-Assad discussed with the Russian President Vladimir Putin in a phone call the latest developments in Syria and the Idleb Agreement and means of implementing it.

During the call, President Assad expressed condolences to President Putin and the Russian people over the accidental downing of a Russian warplane and the martyring of the Russian military personnel, who were onboard carrying out a noble mission as part of the fight against terrorism in Syria.

For his part, President Putin held Israel responsible for the downing of the warplane, telling President Assad that Russia is going to develop the Syrian air defenses and is going to deliver an up-to-date S-300 air defense system.