Chemical weapons, condolences from Syria, suspected US airstrikes and Russians accusation directed at Israel. Catch up on everything that happened over the weekend. 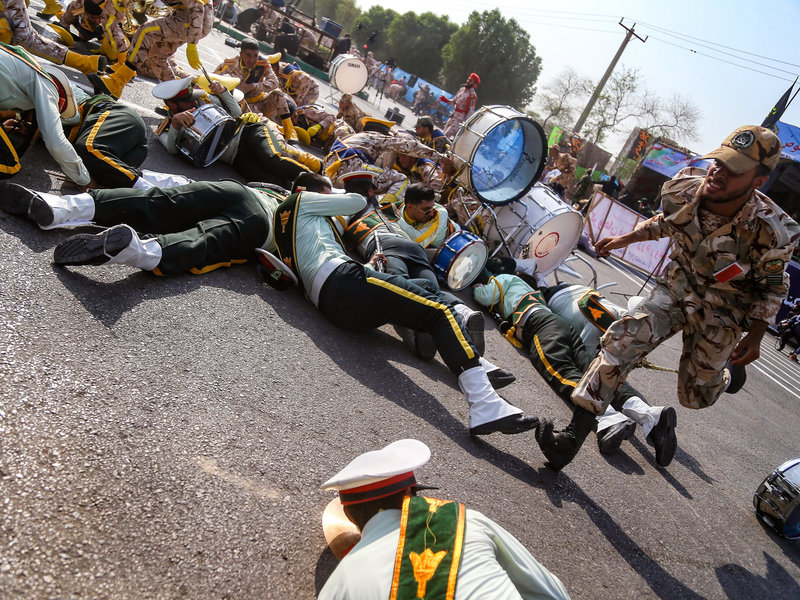 1. Russian News agency Sputnik reported that “Jabhat al-Nusra terrorists handed over six cylinders filled with sarin and chlorine to the Islamic State (ISIS) and the Ansar al-Tawhid terrorist organization, to be used in the areas under their control, for the staging of a chemical attack to frame the Syrian army.” Informed sources which Sputnik described as “close to commanders in terrorist groups active in Idleb” said three other cylinders disappeared in unidentified circumstances after terrorists from the White Helmets organization, who were carrying them to an unidentified destination in Idleb northeastern countryside, were killed. [Sputnik]

2. On Sunday, Syrian President Bashar al-Assad sent a cable of condolences to Iranian President Hassan Rouhani, expressing his “deepest condolences for the victims of the criminal terrorist act against a military parade in Ahvaz city in southern Iran.” According to SANA, Assad’s cable read, “I would like to affirm once more to you and to the friendly Iranian people that we are with you, with all the power we have against these terrorist acts, and we hope that backers, financers and proponents of terrorism will understand that this danger threatens mankind as a whole, and urge them to reconsider their positions in backing terrorism in various parts of the world.” [SANA]

3. Zaman Al Wasl said that activists had reported that “suspected US-led airstrikes rocked the northern city of Aleppo” on Friday. Footage surfaced on social media showed plumes of smoke above the neighborhoods of al-Hamdaniyah and al-Mashhad. Zaman Al Wasl quoted activists as saying the missile attack had targeted Iranian bastions. The state-run media has ignored the reports of an attack in Aleppo. [Zaman Al Wasl]

4. Moscow said Israeli airstrikes on Monday evening directly led to the downing of a Russian reconnaissance aircraft by Syrian regime air defenses over the Mediterranean Sea, and threatened a "response" to the incident. Reuters reported that Russian Defense Minister Sergei Shoigu spoke to his Israeli counterpart Avigdor Lieberman, and told him Moscow holds Israel wholly to blame for the shooting down of a Russian military plane near Syria. "The full blame for the shot-down Russian plane and death of the crew is on the Israeli side," Shoigu told Lieberman in a phone call, according to a ministry statement, adding that Russia "reserves the right to future responses”. [Reuters]

5. At least one Syrian child was killed and another two injured after a boat carrying Syrian refugees sank off Lebanon’s northern Akkar shore. On Saturday, Lebanese naval forces alongside the Red Cross rescued 28 Syrian nationals whose boat sank while they were attempting to “irregularly” leave Lebanon, security sources told Anadolu Agency anonymously due to restrictions on speaking to the media. According to the sources, quoted by Anadolu News Agency, the boat was heading to Cyprus. [Anadolu Agency]