The Russian President’s Special Envoy to Syria has said that an assault on Idleb could be postponed, but not forever writes Hurriya Press. 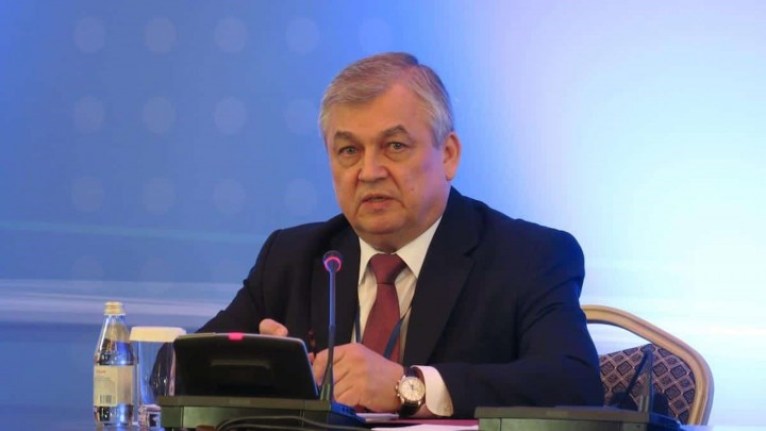 The Russian President’s Special Envoy to Syria, Alexander Lavrentiev, announced that the fighting against what he called “terrorist organizations” in Idleb could be delayed on the condition that Turkey resolve the situation, according to the Russia Today website.

Lavrentiev told journalists after talks in Geneva with the UN Special Envoy Staffan de Mistura: “Peaceful coexistence with terrorists is impossible. The fight must be continued until they are eliminated entirely.” He claimed that his country is “working to the fullest extent possible to resolve the Idleb issue with the fewest possible losses while ensuring the safety of civilians.”

Lavrentiev said: “The fight against the terrorist organizations could be delayed one or two or three weeks. But what about after that? This issue must be resolved sooner or later. Therefore, the matter depends on the ability of the international community to help sort the moderate opposition in Idleb from the extremists.”

Lavrentiev said that Idleb province, according to the agreement reached a year and a half ago, was Turkey’s responsibility, and therefore “Turkey should separate the moderate opposition from the extremists.”