The UN envoy to Syria, Staffan de Mistura, acknowledged the presence of terrorists in Idleb, while also calling for humanitarian corridors for civilians writes Hurriya Press. 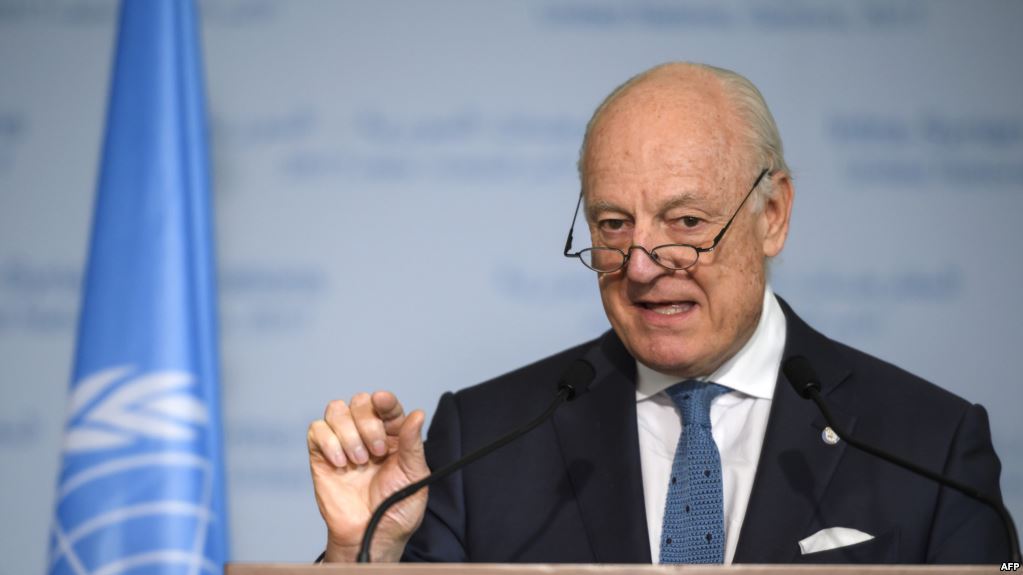 De Mistura’s statements came in the context of his warning on Thursday about a battle breaking out in Idleb, saying that both sides could use chlorine gas.

The international envoy called on Russia, Turkey and Iran to avoid a battle which would affect the lives of millions. While he acknowledged the presence of “UN-identified terrorists” and the legitimacy of an offensive against them, he also called for the opening of safe passages for civilians.

De Mistura’s statements align with Russian accusations which have accused the opposition of preparing a chemical attack in Idleb with the aim of blaming the Assad regime and drawing in Western intervention.

On Sunday, Moscow said that the Syrian opposition was preparing a chemical attack on the city of Kafr Zeita in the northern Hama countryside, while also claiming that foreign experts had arrived in Idleb province to organize the chemical attacks.

Russia has previously accused rebel groups of carrying out poison gas attacks in Jisr al-Shoghour led by the Civil Defense, or “White Helmets,” which local and military councils denied, saying in an official statement that the Russian claims were lies to create a pretext to carry out deadly chemical attacks on the area.

Western countries have warned the Assad regime against using chemical weapons in an attack on Idleb, which observers say is a green light to Assad to begin the assault.