Sara and Yusra Mardini have been accused of working with people smugglers and receiving refugees coming from Turkey and encouraging others to migrate illegally reports Enab Baladi. 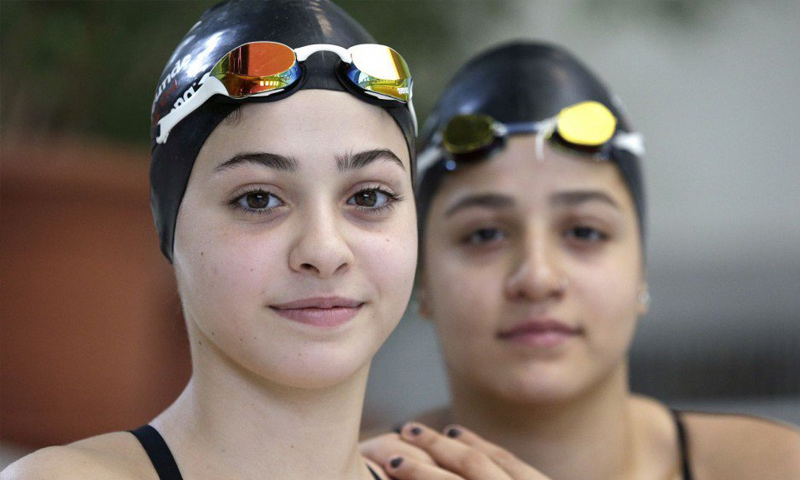 Greek police have arrested the Syrian swimmer Sara Mardini on charges of smuggling migrants into Greece, as part of a campaign against aid workers.

According to the AFP news agency, on Aug. 28, 2018, Greek police arrested three members of the Emergency Response Center International on the island of Lesbos, for giving aid to migrants and asylum-seekers and encouraging “illegal” migration to Greece.

According to the Muhajir News website, those arrested included Olympic swimmer Sara Mardini and her sister Yusra Mardini, who had become a UN Goodwill Ambassador.

The two sisters achieved prominence when they fled from Turkey to Germany in 2015 after they were able to save 20 migrants onboard boats that nearly sank. Sara swam to the Greek shore and pulled the boat with her sister for three hours.

The two sisters later arrived to Austria and then Germany. Shortly after arriving in Berlin, they started a local charity to teach swimming in a club near a refugee camp in the city.

The two sisters participated in the 2016 Olympics in Brazil in swimming competitions, and Yusra was chosen as a Goodwill Ambassador.

According to Muhajir news, the Greek police accused Sara Mardini of cooperating with the Emergency Response Center International, which is a refugee aid organization, and accused the group of “working with people smugglers and receiving refugees coming from Turkey on the island of Lesbos and encouraging others to migrate illegally.”

Six Greeks and 24 foreigners are implicated in the case. The organization has yet commented on the warrant.