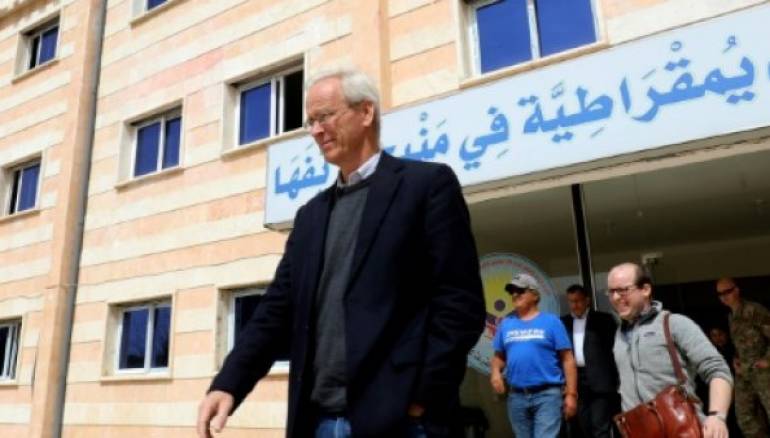 William Roebuck, the chief advisor to the International Coalition against the Islamic State (ISIS), said during a visit to the Civil Council in the town of al-Shadadi in southern Hassakeh province, that Washington’s priority was “the withdrawal of Iranian forces” from Syria.

The Russia Today website quoted Roebuck as stressing the need for Iranian forces to withdraw from Syria, and that this was the US priority and strategy going forward. Roebuck also stressed the need to eliminate the final pocket of ISIS in the Euphrates Basin area northeast of Deir ez-Zor, which is the organization’s final point.

Roebuck’s talk coincided with news of a visit by Iranian Defense Minister Amir Hatami to Damascus at the head of a delegation which met with his Syrian counterpart Ali Ayyoub and the head of the regime, Bashar al-Assad, amid reports of an attack by Assad’s forces on the northern Idleb province. The Russian news agency said that a major Russian official had warned the United States on Saturday against taking any “reckless” steps in Syria.

In response to the US National Security Advisor John Bolton, who has said there would be a strong American reaction if there was a chemical or biological attack in Idleb, Sergei Ryabkov, deputy Russian foreign minister, said: “We caution the Americans and their allies against taking any new reckless steps in Syria.”

The agency quoted Ryabkov as saying: “We hear the warnings from Washington… This will not break our resolve to continue our policy of fully eliminating terrorist centers in Syria and returning the country to normality.” It is expected that the Syrian Foreign Minister, Walid al-Muallem, will visit Moscow at the end of the month.