Wounded Syrian soldiers were attacked by extremists in Iraq, while returning to their country in a convoy of buses. The attack, which resulted in the death of 48 soldiers, took place near the border town of Akashat on March 4. Intelligence officials in the region considered the incident to be evidence of the growing alliance between extremist groups in the two countries: namely, Al-Qaeda in Iraq and Jabhat Al-Nusra 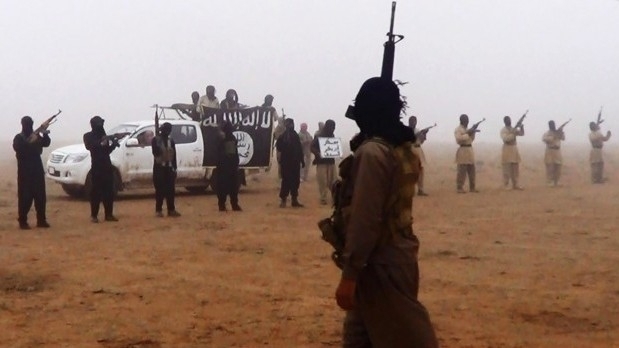 Wounded Syrian soldiers were attacked by extremists in Iraq, while returning to their country in a convoy of buses. The attack, which resulted in the death of 48 soldiers, took place near the border town of Akashat on March 4. Intelligence officials in the region considered the incident to be evidence of the growing alliance between extremist groups in the two countries: namely, Al-Qaeda in Iraq and Jabhat Al-Nusra (The Front of Support) in Syria. The latter—deemed to be the most effective unit in the fight against Bashar Al-Assad’s regime—was classified as a terrorist organization by the United States at the end of last year.

Iraqi Intelligence officials say that the recent cooperation may lead to a return of insurgency in their country. In statements to the Associated Press, they highlighted that some 20 terrorist operations, ranging from car bombs to suicide attacks, were carried out last month on the eve of the 10th anniversary of the US led invasion of Iraq. The attacks resulted in 65 dead, mostly in Baghdad.

This alliance works in the favour of Jabhat Al-Nusra, which emerged as a branch of Al-Qaeda in the middle of 2012 to fight government troops in Syria, alongside a number of other armed groups. Two Iraqi intelligence officials, who requested anonymity, pointed out that such cooperation—reflected in the attack on wounded Syrian soldiers—drove their government to appeal for US assistance in the form of UAV strikes against the militants. A US official confirmed the request, but explained that the United States will postpone its response until the Iraqi leadership makes an official request, which has not yet happened.

Iraq failed to find another source of help. The spokesman for the Ministry of Defense, Major General Muhammad Al-Askary, said that in an arms deal with Russia that was recently finalized, Iraq had asked for planes and heavy weapons to secure the border region where the armed groups are deployed.

The two Iraqi intelligence officials explained that the armed groups share the same military training camps, logistical equipment, intelligence information, and weapons. Their strength has intensified on the Syrian-Iraqi border, especially in the spacious area known as Al-Jazeera, which the Jihadists are trying use as a base for operations on both sides of the border. Ali al-Musawi, media advisor to Iraqi Prime Minister Nuri al-Maliki, said, “We are deeply concerned about the security situation in Iraq.” Referring to Iraq’s limited ground and air forces, he said that they were unable to eliminate the armed groups operating along the border, which he described as “a haven for terrorist cells.”

For his part, a Jordanian official working in anti-terrorism said that the Al-Qaeda organization is providing Jabhat Al-Nusra with fighters, weapons, and training.

A Middle East security analyst says that the attack on the wounded Syrian soldiers in Iraq is clear evidence about this cooperation. Asking not to be identified, due to the sensitivity of the issue, he said, “This is an operational collaboration. They exchange weapons, plans and ideas, including their allegedly complicated suicide operations.”

The level cooperation increased after Jabhat Al-Nusra gained control of two border crossing points between Syria and Iraq, and secured an area of operations for the fighters.

Al-Musawi and Jasim al-Halbusi, members of the local council in the Iraqi Al-Anbar Governorate, affirmed that the two groups are using ‘hideouts’ in the region. The Jordanian anti-terrorism official, who declined to be named, said that Al-Qaeda in Iraq is providing Jabhat Al-Nusra with expertise and logistical assistance. He added that, “During the training, [Jabhat Al-Nusra] fighters learn how to fire rockets, use automatic weapons, conduct maneuvers in desert regions, and supply arms to fighters in the field. The training is carried out at provisional camps on rugged terrain along the Syrian-Iraqi border.” Once the training is complete, they usually dismantle the camp in order not to leave any traces of their presence.

According to the Iraqi officials, Jabhat Al-Nusra helps Al-Qaeda by allowing it to expand in western Iraq, and launch large-scale attacks.