The exchange rate of the dollar continues to rise contrary to what Adib Mayaleh, the governor of the Central Bank of Syria, continues to tell us. 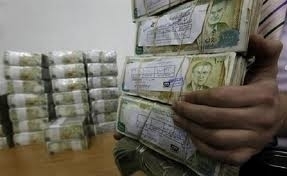 It has been a while since the dollar exchange rate saw such a spate of rises.

Tuesday saw the exchange rate again play havoc with Mayaleh's nerves. Contradicting his earlier statements, it was confirmed just days ago that the volume of state transactions completed at an exchange rate of SYP 145 to the dollar were almost negligible. This confirms that the black market prices being quoted are bogus, in order to make illegal profit.

It is worth noting that the dollar price increases today are given during bank working hours. Thus, since the market is illegal, can the governor limit speculation on sales and purchases?

Moreover, can the governor explain the mid-week rise in the price of the dollar?