Commission for National Reconciliation says 37,000 rape cases have been documented in the province alone 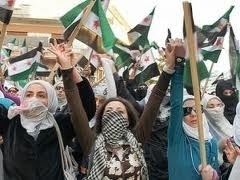 The number of documented rape cases in the Damascus Countryside alone has reached a staggering 37,000, according to figures released by Syria's National Reconciliation Commission.

Secretary of the commission, part of the Ministry of National Reconciliation, Qasim Suleiman said that at least 1,000 women have been abducted, and that 37,000 cases of rape have occurred in the province.

In remarks published on Thursday, Suleiman said that abduction cases were one of the most dangerous aspects of the crisis in Syria, adding that the phenomenon was prevalent in Meleiha, Shebaa, and Barzeh neighborhoods of Damascus and its countryside, also pointing to cases in Yarmouk Camp and Mouadamiyah.

Suleiman declined to give details about individual rape cases or the identities of the perpetrators.

But, he said the total number of abduction cases in Syria had reached 18,000.