The released, from Tal Kalakh, handed over their weapons 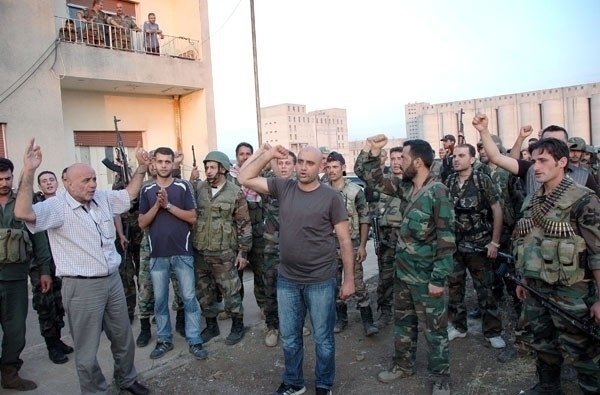 Dozens of people from Tal Kalakh area in Homs province who were found not have been involved in bloodshed were released after turning themselves in to authorities and surrendering their weapons.

A number of these individuals said that they were misled into committing acts of vandalism, but that they had come to realize the error of their ways and decided to turn in a new leaf.

Homs Governor Ahmad Munir Mohammad called upon those who stood against the state to turn themselves in so that they could take part in rebuilding the country, emphasizing that Syria is home to all Syrians.