The power outage lasted 36 hours in most neighborhoods 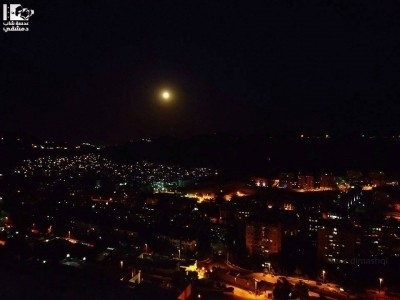 Sources in Damascus say people are experiencing massive financial loss as a result of a power cut that left Ramadan food supplies spoiled.

Meat, chicken and other food was spoiled as a result of the cut, which lasted more than 36 hours in most parts of the capital. Some parts of the city still remain without power.

It common for Syrians to buy and store food supplies ahead of Ramadan due to the rise in prices during the holiday and through Eid al-Fitr.

Many residents had taken this early step to store their needs, but the power cut resulted in the loss of many family's supplies.

The loss adds to already difficult financial  circumstances for residents in the capital, who are suffering as a result of the steep rise in the price of the dollar and rise in prices of all basic goods.

With Ramadan approaching and the rise in prices that accompanies it, the financial hardship is only going to increase.

The capital is also crowded with Syrians displaced from the countryside areas and other governorates, turning it in to a military and security zone.