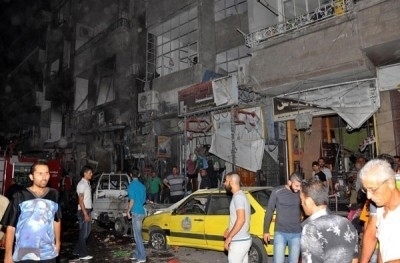 At least seven people were killed and 62 people were injured when a car bomb exploded in Jaramana, near the Syrian capital Damascus on Tuesday, in the latest act of terror by the foreign-supported Free Syrian Army (FSA) and Al-Qaeda offshoots, the Nusra Front.

There was little information available in the immediate aftermath of the attack.
Jaramana is located southeast of the Syrian capital.W

hile there was no immediate claim of responsibility for the attack, it was likely coordinated by foreign-backed terrorists from FSA or the Syrian Islamist Al-Qaeda affiliated branch, the Nusra Front, who have chosen Jaramana as the site of their terrorist attacks due to the high number of Christians and Druze living in the area.

Jaramana has been the targeted for multiple attacks since the beginning of the proxy war on Syrian soil, to the extent that "Jaramana bombing” has become a searchable key term in internet searches.

Residents in the neighborhood have refused to allow the so-called Syrian "rebels” who are without doubt responsible for these attacks, to “liberate” their quiet neighborhood, leading to the ongoing attacks.