Hundreds of Druze reported to have quit Popular Committees in Jaramana 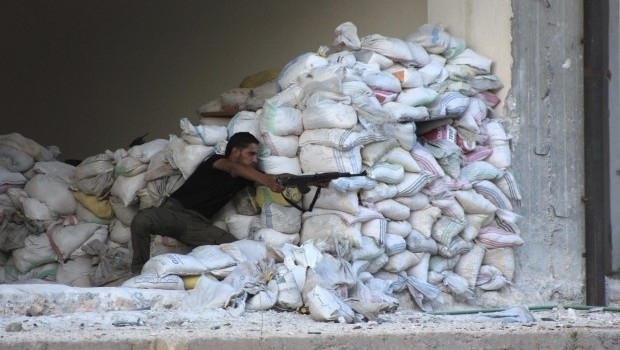 Hundreds of pro-government Druze militiamen are reputed to have abandoned their posts in a district close to the Syrian capital Damascus, sparking rumors of a mutiny among government forces.

Reports say members of the Popular Committees retreated from Jaramana district in Damascus Countryside governorate after handing in their weapons to government forces, although precisely when this occurred is currently unknown.

Popular Committees are militias recruited by the Syrian government, largely from the country’s minority communities, to deter attacks launched on the regime-held areas by armed members of the Syrian opposition.

In the Damascus and Damascus Countryside governorates, Popular Committees have taken over several districts, including Jaramana, Kudssaya suburb, Sahnaya, Dummar Project, the Al-Assad suburb, and the Al-Midan district among others.

There have been conflicting reports on the reasons behind this recent development. According to opposition sources, it was the result of protests against the arrest on undisclosed charges of the leader of the Popular Committees in Jaramana, Hussein Shueib.

According to activists on the ground, the move came against the backdrop of “arrest of several elements and leaders of the popular committees by the Syrian Republican Guard,” after they “refused to complete the task of supporting the Syrian army against the opposition because they had not received their salaries.”

For his part, a member of the supreme revolutionary military council in Damascus, Captain Alaa Pasha, told Asharq Al-Awsat that the “mutiny” in Jaramana comes against the backdrop of the “Druze refusal to transform their area into a base for shelling the eastern Ghouta district.”

“The regime forces wanted to install a rocket launcher to shell the eastern Ghouta district from Jaramana, a step which the residents of Jaramana considered a breach of previous agreements to keep the [Druze] and its areas out of the Syrian war,” he added.

The population of Jaramana is approximately 150,000, the majority of which are Druze. The district is also currently home to thousands of refugees from Damascus Countryside governorate.

The majority of Druze in Damascus and Damascus Countryside governorates are distributed between Jaramana and Sahnaya, two districts that have remained have far broadly neutral in the fighting between the government and the rebels.

Allegedly, many Syrian Druze are sympathetic towards the government of Bashar Assad, despite calls from their leaders, such as the Lebanese Walid Jumblatt, not to support regime. The Jaramana district has also been targeted several times by suicide car bombs killing and injuring dozens of people.

Among the tasks of the Popular Committees are totally the numbers of the dead and injured and assess damages, not to mention protecting regime-held neighborhoods and setting up checkpoints to inspect passers-by.

Senior opposition sources, speaking on condition of anonymity, told Asharq Al-Awsat that Popular Committees enter some Damascus neighborhoods after “the regime forces have cleaned them out, but they do not accompany them during the operations.”

According to these sources, the regime has armed popular committees with light and medium weaponry to defend their neighborhoods, and act as informants to the government.