11 people were also injured in the attack 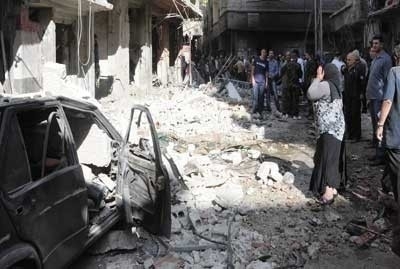 Three citizens were martyred and others injured in terrorist suicide bombing in the Tadamon neighborhood of Damascus Tuesday.

An official source said the car bomb exploded in Nisreen Street, also causing significant material damage to more than 15 houses and 10 cars which were parked in the crowded residential area.