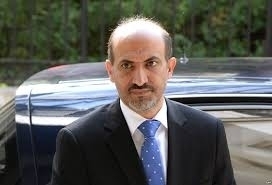 All4syria obtained the letter from Ahmad Assi Jarba, Head of the Syrian National Coalition, addressed last month to Gary Francis Connelan, the President of the UN Security Council and Ambassador of Australia to the United Nations. In the letter, Jarba announced on behalf of the Syrian people and the National Coalition that we would accept participation in the Geneva Conference 2 scheduled for mid- November.

Many of Jarba's advisers and assistants denied the existence of the letter, which caused arguments within the National Coalition and ultimately led to the Syrian National Council’s announcement refusing to participate in the Geneva conference. The text of the message confirms that Jarba pointed to the need for the UN Security Council to stop the regime's violence, [secure the] release of detainees, and prosecute war criminals. But the message did not mention al-Assad stepping down, nor demanded a timetable for the Geneva negotiations, despite the fact that these have been the two main prerequisites that the National Coalition has specified to accept participation in Geneva conference.

To read the full text of the letter, click here.