Shaaban said work was needed to address a culture crisis 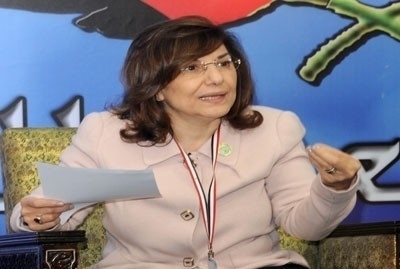 Presidential Political and Media Advisor Bouthaina Shaaban has underlined the necessity of culture and science and shaping public opinion, in spite of the crisis circumstances in Syria.

Shaaban was speaking during a Baath Party forum for dialogue, organized by the Damascus branch of the Baath Arab Socialist Party, titled “Syria’s Intellectual Crisis".

She underlined the importance of capitalizing on a diversity of viewpoints and affiliations with different political components in the country, to serve the interest of the homeland.

“Difference is healthy and useful that allows for diverse opinions, helps analyze problems to addresses shortcomings to help initiate reconstruction after the crisis ends,” she said.

Shaaban called for giving “care” to culture and for the creation of objective conditions to help intellectuals play their role, as the Arab world is witnessing what she called “a terrifying cultural decline.”

Shaaban said she saw that the crisis, in one of its dimensions, as one of culture, intellect, knowledge and opinion, pointing out that the Gulf States have played a negative role in the Arab culture in recent decades.